Money exchanger loot: Of 4 absconding accused, one used to exchange currency from victim 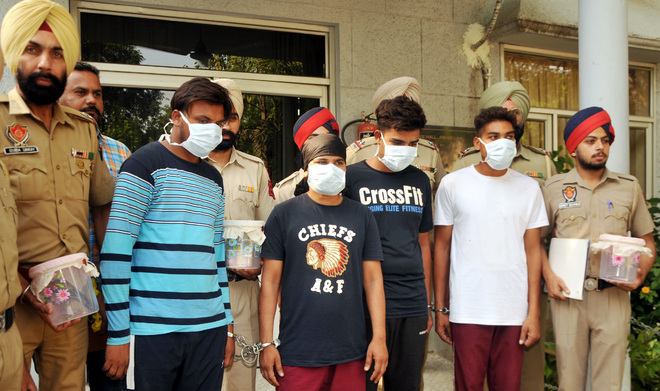 A day after the arrest of four prime suspects in the money exchanger robbery case, the city police said four more accomplices were yet to be arrested.

Those who are absconding include Gurpreet Singh, Anwar, Tashan and Honey. The police said raids were on to arrest them.

Deputy Commissioner of Police Mukhwiner Singh Bhullar at a press conference here on Tuesday said preliminary interrogation revealed that Gurpreet’s sister lived in America and he used to come to the money exchanger to exchange the currency. He was aware of the fact that foreign currency and lakhs of rupees always remained at the money exchanger’s shop.

Those arrested revealed that they targeted the victim following the information provided by Gurpreet Singh.

He was yet to be arrested.

Davinder Singh, the victim was a cloth trader at Golden Cloth market, near Sultanwind Gate, and was also a licence holder of Western Union Money Transfer. Their shop was located just a stone’s throw away from the Division B and Sultanwind police station.

The accused who had covered their faces took away the bag containing Rs7.5 lakh cash, 560 UK Pounds, 400 USD, 6200 Dirham from the cash counter and Rs1 lakh cash from their customer Simranpreet Singh apart from victim’s gold chain, which weighed about 13gm at gunpoint on September 26.