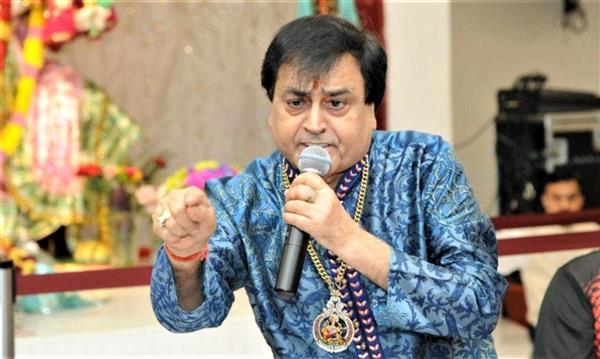 “He was fond of singing Bulleh Shah’s poetry and every time he performed on stage, his list of admirers grew by numbers. His simplicity remained with him throughout his journey as an artiste.” Veteran theatre thespian Suresh Pandit, who had worked with late Narendra Chanchal during his days as a struggling singer, remembers his peer fondly. Chanchal passed away on January 22, in Delhi, after a prolonged illness.

His demise brought out emotional reactions from senior artistes in city, especially with whom he had worked. “The last time we met was in 2014, when he was in city for his annual jagran programme at Shakti Nagar. We shared a cup of tea and talked about the bygone days,” said Pandit.

Between 1964-65, when Chanchal was trying to make his name as a budding singer, he used to compose music and perform in between acts during theatre plays. He worked extensively with Punjabi playwright Gursharan Singh, composing for his plays. “Whenever there was a break in between the acts in a long play, Narendra and Jatinder Kaur, who is a senior actor, used to give singing performances. Both were young budding artistes and had joined the same group. He used to perform ghazals, sufi kalam and popular hindi film songs,” Pandit remembered.

For many who were associated with the bhajan legend, it was city’s collective loss. “He started by performing aartis and bhajans in temples as a child. As a youngster, every evening he used to sit with his friends at the nearby halwai shop and sang songs of popular artistes of those times. He was passionate about singing in a way that he never aspired for showbiz, but only appreciation. He helped many others realise their dreams,” shared Ashwini Kumar, Chanchal’s brother-in-law, who is a retired government officer and lives in Namak Mandi.

When his talent caught Raj Kapoor’s eye in the film ‘Bobby’, his instant fame made him spend more time in Mumbai. “He was grateful for the film so much that he nicknamed his eldest son Siddharth as Bobby,” recalled Ashwini. Nearly every household in Shakti Nagar (in pic), where his home is, has his photographs and calender. “He used to stroll and meet people in the neighbourhood whenever he used to visit. From young to old, he had a connection with everyone here,” said Vicky Datta, a resident of Shakti Nagar.