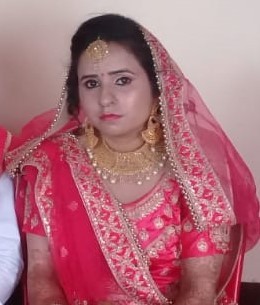 Tarn Taran: A woman committed suicide at her in-law’s house on Sunday. The vicitm has been identified as Harmeet Kaur (23), who got married 14 months ago, to Ravinder Singh Ravi of Sarai Amanat Khan village. Those booked include Ravinder Singh Ravi, father-in-law Chainchal Singh and sister-in-law Prabhjit kaur. Darshan Singh, father of the victim, told the Sarai Amanat Khan police that his daughter was tortured by her in-laws for bringing insufficient dowry. The accused have been booked under Sections 304-B and 34 of the IPC. The post-mortem was conducted at the Civil Hospital on Monday. OC

Amritsar: Hritik (25), a resident of Kot Khalsa area, died after a rashly driven car allegedly hit his bike when he was returning home from Khasa here late on Saturday evening. The accused, identified as Sukhbaz Singh of Bhuse village in Tarn Taran, was arrested and later released on bail. Sanjiv Kumar, father of the deceased, told the police that on Saturday night around 10pm, he was returning from Khasa when the car hit his bike near Cantonment gate number 5. He said he died on the spot. The police have registered a case under Section 304-A and other relevant sections of the Indian Penal Code. Further investigations were under way. TNS

Amritsar: The Amritsar Central Jail authorities have confiscated as many as six mobile phones from six prisoners during a search operation launched on Sunday. The jail authorities seized three smart phones and three keypad phones from the accused, who were booked by the police under Sections 42 and 52-A of the Prisons Act by the Islamabad police. Those booked were identified as Rajinder Singh, alias Mithu Ganja, of Jandiala Guru; Karanbir Singh of Ghumanpura village in Gharinda; Sunny Masih of Pokhar village in Gurdaspur; Gurpreet Singh, alias Raja, of Jandiala Guru; Daljit Singh of Pahra village in Gurdaspur and Kala Singh of Bhikhiwind in Tarn Taran. Balbir Singh, Assistant Superintendent of Jail, said while checking room number 6 of barrack number 6, VIVO smart phones were recovered from Rajinder Singh and Karanbir Singh, while another smart phone was seized from Sunny Masih. Gurpeet and Daljit Singh were found possessing keypad phones. Similarly, a keypad phone was confiscated from Kala Singh in the same room. The police said the accused would be arrested from jail to ascertain how they managed to sneak in the prohibited material inside high security jail. TNS