After ‘Awaaz Punjab Di’, Bhullar wants to do a ‘Dangal’

BATHINDA: Awaaz Punjab Di-5 fame Gurnam Bhullar said he would try his luck in the Punjabi film industry next year. 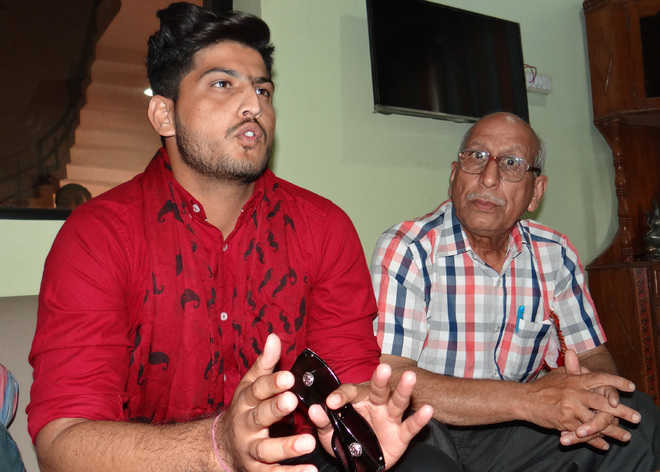 Awaaz Punjab Di-5 fame Gurnam Bhullar said he would try his luck in the Punjabi film industry next year. The singer said he had gone through a number of scripts but did not want to act in any entertainment movie.

He said he wants to work in movies such as Dangal or based on legends like Milkha Singh.

The singer added that he started singing in the school and continued his passion in the college as well.

He said entertaining the listeners was his main aim but his songs do not drive the youth to a wrong path.

The artist hails from Kamal Wala village in Fazilka district and is currently residing in Jalandhar.

Bhullar has got a contract from Jass Records and his all coming tracks will be released under the same banner. “My family and friends always supported me in every situation. I have been associated with theatre since school days. I wish to work in Punjabi as well as in Hindi film industry,” the singer added.