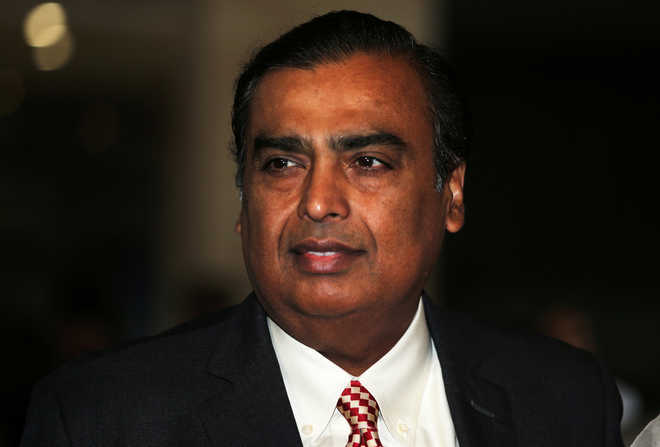 Last week, the two firms had announced a new joint venture to set up petrol pumps and retail aviation turbine fuel to airlines in India.

Reliance's existing 1,400-odd petrol pumps, as well as 31 aviation fuel stations, will be transferred to the new joint venture where BP will hold 49 per cent equity stake. Reliance will hold the balance 51 per cent in the entity, which aims to expand the retail network to 5,500 petrol pumps in the next five years, the two firms had said.

Speaking at Reliance Industries' 42nd annual general meeting, Ambani said, "In a significant new initiative, BP acquired 49 per cent stake in our petro-retail business. Reliance will get Rs 7,000 crore from BP for this transaction." This is the third joint venture between Reliance and BP since 2011.

BP had in 2011 bought 30 per cent stake in 21 oil and gas exploration and production blocks of Reliance for USD 7.2 billion. At that time, another 50:50 joint venture, India Gas Solutions, was set up for sourcing and marketing gas in India.

The country currently has nearly 65,000 petrol pumps, with public sector retailers owning 58,174. PSU retailers have plans to double this network and have already starting appointing dealers.

Russia's Rosneft-backed Nayara Energy, formerly Essar Oil, has 5,244 petrol pumps and has plans to scale them up to more than 7,000 in two-three years.

BP had in 2016 received a licence from the government to set up 3,500 petrol pumps in India.

French energy giant Total SA too is keen on entering the Indian retail market and has tied up with Adani Group for the same. —PTI