My wife, whose annual income is less than Rs2.5 lakh, has been filing her income-tax return. Can I deposit money in her Public Provident Fund (PPF) account and claim rebate under Section 80C in my return? — Dev Raj Garg 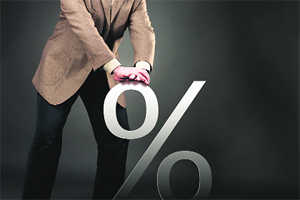 My wife, whose annual income is less than Rs2.5 lakh, has been filing her income-tax return. Can I deposit money in her Public Provident Fund (PPF) account and claim rebate under Section 80C in my return? — Dev Raj Garg

You can claim deduction under Section 80C of for the amount deposited in your wife’s PPF account. The maximum deduction allowable for various schemes specified under the aforesaid Section is Rs1,50,000.

I, a super senior citizen, 81, am earning Rs17,000 per month as rental income and Rs3,000 per annum as bank interest. The tenant wants to deduct TDS from the rental income. Is TDS deduction applicable in my case where the exempted income level is Rs5 lakh per annum? I am not filing my tax return as my income is below the exemption limit. — Shanta Jain

My NRI son, working in Singapore, has NRE fixed deposits in an Indian bank. He files his return back home in respect of income, mainly rent. Recently, while auto renewal of the FD, 31 per cent of interest paid was deducted as withholding tax (tenure of the FD was 390 days). While the NRE FD interest is tax-free, is the withholding tax some additional levy on interest earned? If so, how does the bank issue the withholding tax deducted certificates, and how does an assessee mention it in his income-tax return and upload it on the tax portal? 1 Krishan Dev Uppal

Section 10(4)(ii) of the Act provides that in case of an individual, any income by way of interest on money standing to the credit of a non-resident (external) account in any bank in India in accordance with the Foreign Exchange Management Act (FEMA), 1999, and the rules made thereunder is exempt from tax as such an income does not form part of the total income of an individual. This exemption is subject to a proviso that the individual is a person resident outside India as defined in Clause (w) of Section 2 of the FEMA Act. A non-resident has been defined by the said Act as a person who is not resident in India. A person resident in India means, a person residing in India for more than 182 days during the course of the preceding financial year, but does not include a person who has gone out of India or who stays outside India, in either case –

a) for or on taking up employment outside India, or

c) for any other purpose, in such circumstances as would indicate his intention to stay outside India for an uncertain period.

In case your son, who is based in Singapore, is covered within either of the aforesaid exceptions, the interest earned on his NRE deposit would not be taxable in India. It is presumed that your son is covered by the aforesaid exceptions. In such a case, the bank seems to have made a mistake and therefore you should check with the bank. However, since your son is filing his return in India, he can claim a refund in respect of the amount so deducted by the bank on an income which is not chargeable to tax.