...says no to demolition in Sukhna catchment 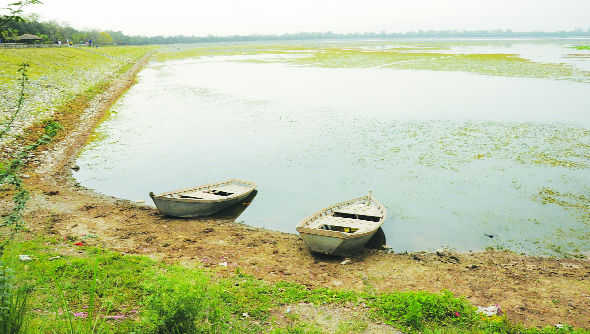 The Punjab and Haryana High Court today applied brakes to the JCBs in the Sukhna Lake’s catchment area. As the “Save Sukhna” case came up for hearing before a Division Bench of the High Court, almost all parties to the public interest litigation agreed to put a stop to demolition of constructions carried out in the catchment area in alleged violation of the judicial orders.

The resolve against demolition was in sync with amicus curiae or friend of the court Tanu Bedi’s stand of sending JCBs back during the court commissioner’s visit to the catchment area. The Division Bench of the High Court, in May 2012, had directed the states of Punjab and Haryana, along with the Chandigarh Administration, to not just stop construction activity in the lake’s catchment area, but also to demolish without notice any construction being carried out against the High Court mandate.

The rain-fed lake at the foothills of the Himalayas was created way back in 1958 by damming the Sukhna choe, a seasonal stream coming down from the Shivalik Hills. The High Court, in its order dated March 14, 2011, had also issued directions for restoring the lake to its former glory.

The court commissioner appointed by the Punjab and Haryana High Court to report on constructions had earlier relied upon drone images, “Google Earth Pro” timeline and the GPS system to show the carrying out of building activity in the catchment area with impunity and in complete violation of the judicial orders.

The Bench, headed by Justice Ajay Kumar Mittal, had appointed the commissioner after amicus curiae or the friend of the court ML Sarin placed before the Bench photographs showing construction activity in the catchment area in violation of the HC orders.