MOHALI: Come December 11, fly directly from the city to Bangkok. 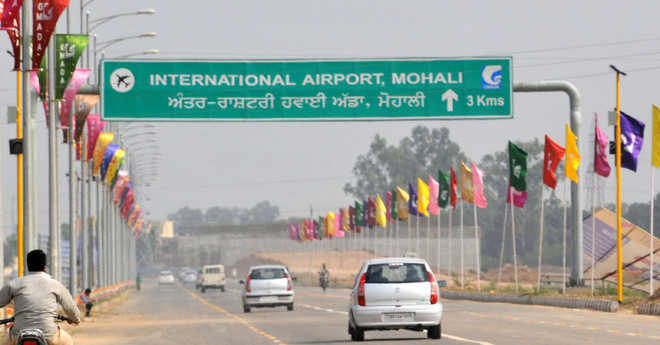 Come December 11, fly directly from the city to Bangkok. According to officials of Air India, all preparations are in place for the international flight, which will take off at 2 pm on December 11.

“The ticket booking has opened. The response to the much-awaited flight is encouraging,” said a spokesperson for Air India, adding that several seats had already been booked for the maiden flight. He said there would be three flights to Bangkok in a week. The flights would operate on Monday, Wednesday and Friday.

On Monday, the timing of its take-off would be at 2 pm while on Wednesday and Friday, it would be 1.25 pm.

The flight would take four hours and 45 minutes to reach its destination.

Air India will not operate two flights in the winter season due to fog and unfavourable weather conditions from December 2.

The response to the flight to the hill station has been below par. Bookings have been reduced due to pay load restrictions, which allow only 30 to 35 bookings for the 70-seater aircraft.

Another Air India flight to Delhi, which was started on October 30 by the domestic carrier, will be cancelled from December 2. The flight is currently operational for six days from Monday to Saturday. It is the first flight to arrive at the airport, reaching at 6.55 am and departing at 7.25 am.

An airport official said, “Due to low visibility and landing problems in the winter season, it is likely that more morning flights are rescheduled or cancelled.” — TNS

The copper-alloy idol of the Chola period circa 12 century m...