NEW DELHI: In a blow to Punjab, the Supreme Court on Thursday ruled that Punjab was bound to share Ravi-Beas river waters with Haryana and other states and comply with its two judgments for completion of the Sutlej-Yamuna Link (SYL) canal. 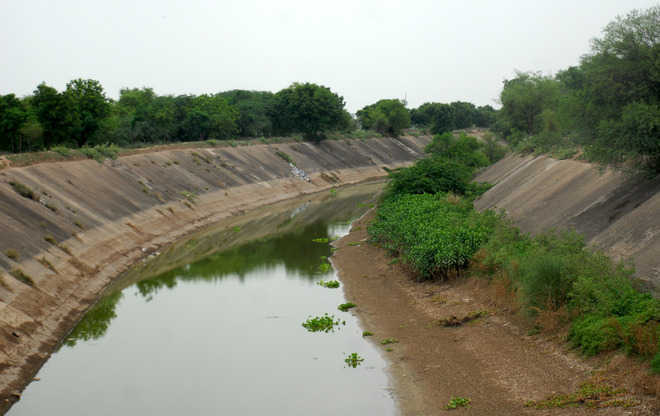 The controversy is on sharing of waters by states, including Punjab and Haryana. File photo

In a blow to Punjab, the Supreme Court on Thursday ruled that Punjab was bound to share Ravi-Beas river waters with Haryana and other states and comply with its two judgments for completion of the Sutlej-Yamuna Link (SYL) canal.

A five-member Constitution Bench headed by Justice Anil R Dave made the clarification while invalidating the Punjab Termination of Agreements Act 2004 by which the state had terminated its pacts with Haryana, Himachal Pradesh, Rajasthan, Jammu and Kashmir and Delhi for sharing the waters of the two rivers.

The Bench made the ruling while answering the Presidential reference sent to the apex court seeking its opinion if the 2004 Act was in consonance with the legal and Constitutional provisions. The reference contained four questions on the issue.

“Our answers are in the negative,” Justice Dave said while reading out the operative part of the ruling. The other judges on the Bench were Justices PC Ghose, SK Singh, AK Goel and Amitava Roy.

The Bench, however, rejected Haryana’s plea for extending the status quo order passed on March 17, 2016, directing Punjab not to notify the law meant for returning about 4,000 acres of land acquired for the construction of the Sutlej-Yamuna Link SYL canal.

Haryana was free to take appropriate steps, including approaching the SC, it said.

Under the 1981 pact, the states were entitled to a share of:

The SC Bench had concluded hearing arguments on May 12 on the issue referred to the apex court by the UPA government headed by Manmohan Singh through the President following objections by Haryana and other riparian states to the law enacted by the Punjab Assembly on July 12, 2004 for unilaterally cancelling its commitments.

Unlike in regular cases in which the SC delivers its judgments, the court only answers the issues raised in the Presidential reference made under Article 143(1) of the Constitution.

In its arguments, Punjab pleaded with the Bench to return the reference without giving its opinion as the apex court was not bound to answer all references. Even if the apex court gave its opinion on the validity of the law, it would not be binding on the parties involved, it contended.

The case involves sharing of the Ravi-Beas river waters between Punjab and Haryana, besides Rajasthan, Delhi, Himachal Pradesh, Jammu and Kashmir and Chandigarh.

Haryana pleaded that the 2004 law was aimed at nullifying apex court judgments directing Punjab to complete the Sutlej-Yamuna Link (SYL) canal. Haryana had completed the canal within its territory to draw its share of the Ravi-Beas waters, while Punjab acquired land for the construction of the canal but backed out subsequently by passing the termination law.

Punjab passed another law on March 14 this year for returning to the farmers the land acquired from them for the SYL. Within hours, Haryana moved the SC protesting against the law as part of the hearing on the Presidential reference following which the apex court passed a status quo order on March 17.

Haryana pleaded that Punjab had enacted the 2004 Act to nullify the SC verdicts for the completion of the SYL canal and deny it its share of the Ravi-Beas waters, while the 2016 Act was meant to render the Presidential reference irrelevant.

Punjab, however, pleaded that since the SC verdicts on the SYL were no longer valid in view of the 2004 Act, the 2016 legislation for return of SYL land did not violate any SC order.

During the hearing, the Centre had told the Constitution Bench that it was taking a neutral stand. It, however, maintained that Punjab could not defend its 2004 Act as well as seek a fresh tribunal. Declaring the Act valid would render meaningless the two SC judgments for completion of the SYL canal as well as Punjab’s plea for a fresh tribunal.

Punjab clarified that despite the 2004 Act it was honouring and would continue to honour its commitments to upper riparian states of Jammu and Kashmir and Himachal Pradesh, besides Chandigarh.

Delhi maintained that it had nothing to do with the dispute and only wanted an assurance that the city would continue to get its share of river water.

Haryana has requested the Bench to keep alive its status quo order on SYL land even after giving its opinion on the Presidential reference. The state has filed another application for this purpose with a plea that this should be taken up immediately after the reference was answered.

Punjab wants constitution of a fresh tribunal to ascertain the present flow of water and decide the entitlement of each state on the basis of the rights of riparian and non-riparian states.

Sukhbir furious even before decision

Earlier, hours before the judgment, Deputy Chief Minister Sukhbir Badal said he would not let anyone enter the state in the event of an adverse judgment.

“Won’t let anyone enter Punjab when somebody wants to take our lifeline. Water is life for the people of Punjab. Let any government come, be it that of the US or Iraq to take away waters from us, we won’t let them take even a drop from Punjab,” he said.
Taking a dig at the Congress, he said, “It’s a drama created by the Congress. Capt Amarinder started all this. Why are they resigning from the government at a time when their term would be over? And why are they resigning only from the government? They should resign from the party since it’s the ex-PM of their party who has got this done. It’s a drama created by the Congress.”
Sukhbir repeated that his government would not resign and keep all control in its hands.

Meanwhile, the SAD-BJP government is likely to convene a special one-day session of the Assembly. CM Parkash Singh Badal will lead the government in launching an agitation. A final decision will be taken in an emergency meeting of the cabinet scheduled for 6 pm on Thursday.

Akali Dal general secretary Daljit Singh Cheema said the party stood by its stand that not a drop of water would be given to Haryana. “We will not allow any outside agency to come to Punjab and force us to part with our river waters. Capt Amarinder Singh’s resignation is a mere drama. Had he been a protector of the state’s riparian rights he should have resigned when Indira Gandhi laid the foundation stone of the SYL canal,” he said.

Minutes after the Supreme Court announced its verdict, Punjab Congress president Captain Amarinder Singh resigned his Lok Sabha seat, even as all party MLAs quit their Assembly seats, in protest against the “injustice meted out to the people of the state”.

Amarinder has sent his resignation to the Lok Sabha Speaker and has sought a personal meeting next week. The party MLAs have sent their resignations to the Speaker, Punjab Assembly, and will meet him on Friday morning to personally hand over their papers.

In his resignation, Amarinder said he had decided to quit as member of the Lok Sabha from Amritsar constituency with immediate effect “as a mark of protest against the deprivation of the people of my state of the much-needed Sutlej river water.”

The Chief Minister said the Supreme Court had given its decision on this vital issue after 12 years as a result of the persistent efforts made by the present state government. He said the decision had brought smile on the face of every Haryanvi as now the state would get its legitimate share of surplus Ravi-Beas waters that is 3.5 million acre feet (MAF).

The Punjab BJP has called a special meeting of its Ministers, MLAs, all office-bearers and former MLAs ahead of the Cabinet meeting to discuss the next course of action in the wake of the Supreme Court verdict on the SYL canal.

The party ministers say the verdict is untimely and against Punjab. In the meeting, the ministers are likely to be authorised to give their consent on the joint decision of the Akali-BJP government.

Will be voluntary, not mandatory 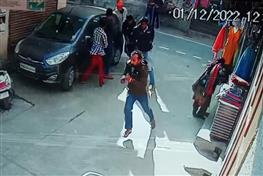 Sidhu Moosewala’s father: Will give Rs 2 cr to whoever informs about Goldy Brar