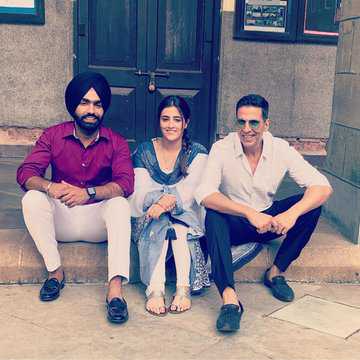 It is reported that the romantic song is written by Jaani. B Praak, who has previously lent his voice to the song ‘Teri Mitti’ in Akshay's film ‘Kesari’.

A lot of pictures are doing the rounds on the internet in which Akshay is seen posing with Nupur and Ammy at the St. Xavier's college in Mumbai.

On the work front, Akshay will be seen in ‘Housefull 4’ and ‘Good Newwz’ this year. — IANS