NAVAPUR (MAHA): Home Minister and BJP chief Amit Shah on Saturday dared Congress leader Rahul Gandhi to declare that his party will restore provisions of Article 370 in Jammu and Kashmir if voted to power. 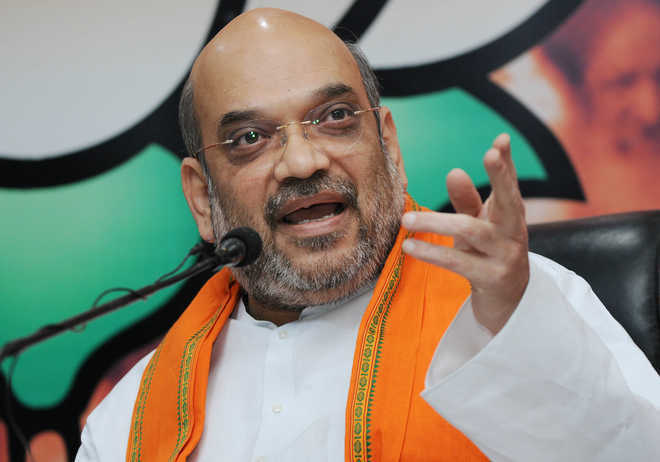 Home Minister and BJP chief Amit Shah on Saturday dared Congress leader Rahul Gandhi to declare that his party will restore provisions of Article 370 in Jammu and Kashmir if voted to power.

Addressing an election rally here in tribal Nandurbar district, Shah said that after Narendra Modi won a second term with a massive mandate in May this year, the first thing he did was to abrogate provisions of Article 370, which gave special status to Jammu and Kashmir.

"Due to the special provisions, Pakistan fomented terror in the state and over 40,000 people died," he said.

Accusing the Congress of not having national interest in mind, Shah said the party was only interested in protecting its vote bank.

"Rahul Gandhi says what is the connection of Article 370 in Maharashtra. I dare him to declare that if voted to power, his party would restore the provisions of Article 370. There is still one day to go for the assembly elections," he said. PTI

Indian and Chinese armies are locked in bitter standoff in m...