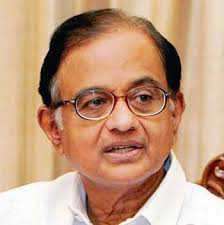 The Supreme Court had on Tuesday granted bail to Chidambaram in the INX Media corruption case being probed by the CBI, but he could not walk free as he continues to remain in ED custody till October 24.

The 74-year-old Chidambaram is being probed for his alleged involvement in irregularities in granting of Foreign Investment Promotion Board (FIPB) approval to INX Media during his term as Finance minister.

On October 16, while in judicial custody inside Tihar Jail, he was arrested under sections of the Prevention of Money Laundering Act (PMLA) by the ED officials. On October 17, a Delhi Court remanded him to ED custody till October 24.

The CBI opposed Chidambaram’s bail plea in the INX Media case, claiming that he had tried to “pressurise and influence” key witnesses. The former finance minister was arrested on August 21 in the CBI case. On Friday, the CBI chargesheeted him with the other accused in the INX Media corruption case. —IANS