NEW DELHI: The government will try to steal a march over Pakistan in a subtle tussle unfolding over celebrations of the 550th birth anniversary of Guru Nanak. 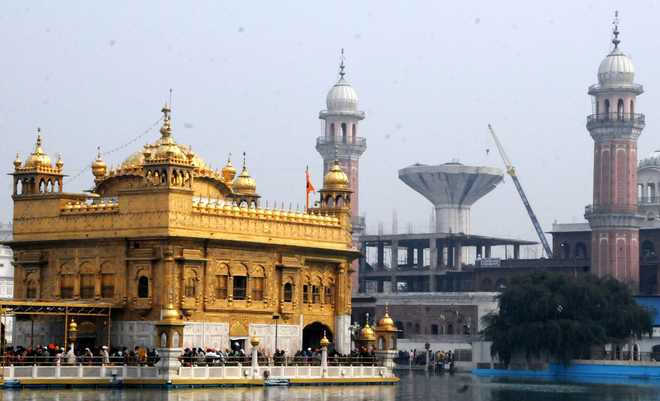 The government will try to steal a march over Pakistan in a subtle tussle unfolding over celebrations of the 550th birth anniversary of Guru Nanak by organising the visit of 90 ambassadors to the Golden Temple this Tuesday.

The visit will take place less than three weeks before the opening of the Kartarpur corridor that will connect India to the gurdwara where Guru Nanak settled after his missionary work and is said to have died.

India and Pakistan are poised to sign an agreement on the corridor in which Islamabad was unmoved on the Indian request to scrap the $ 20 fee to be charged from each visiting pilgrim.

The Ministry of External Affairs was resigned to this inevitability with its official spokesperson saying, “After several rounds of discussion with Pakistan, we have reached an agreement on all other issues, except the service fee. Pakistan insists on levying a fee of about Rs 1,420 on each pilgrim. We have urged Pakistan not to do so in the interests of devotees. We hope that the agreement can be concluded and signed in time for the great event.”

Pakistan, however, has almost agreed to allow an Indian consular officer to be posted during the time of the pilgrimage at Gurdwara Kartarpur Sahib and to permit 10,000 pilgrims on special days. Negotiations are continuing on the timing of the pilgrimage and the entry and exit timings.

The October 22 visit to Amritsar of ambassadors from 90 countries as diverse as Bolivia, Burkina Faso, Costa Rica, Egypt, Iraq, Indonesia and Israel will be wrapped in the celebrations of the Parkash Parv that have been kick-started in the form of Nagar Kirtan, Gurbani Sangeet and Akhand Path by 20 Indian embassies and consulates.

Many of the envoys here would have been aware of the Indian outreach on the anniversary celebrations in their home countries that have included “Kartarpur Corridor celebrations” and screening of documentaries and photo exhibitions. The MEA is trying to organise digital displays on iconic building in half a dozen countries, including France, the UK, the US and the UAE.

The Delhi side of the initiative is being marshalled by the Indian Council of Cultural Relations and the Ministry of External Affairs while the Punjab Government and the Shiromani Gurdwara Parbandhak Committee will provide logistical support in Amritsar. The diplomats will be flown in a special plane and will be led by Union Urban Development Minister Hardeep Puri.

The “Ambassadors day in Harmandar Sahib” will begin with traditional felicitations besides giddha and bhangra performances after which they will be ushered inside the Golden Temple premises. The envoys will be taken around the special galleries depicting Sikh history, ushered to the sanctum sanctorum and introduced to the ingrained culture of Punjabi philanthropy with a tour of its gigantic and entirely-voluntary langar.

The ambassadors will be acquainted with a prominent aspect of India’s diversity and sensitised with the fact that the country provided complete freedom in professing and practising any religion, said government sources.

The government last December has similarly chartered a flight to take 70 heads of missions to witness the preparations for the mammoth Adh Kumbh held in Prayagraj. That excursion was billed as a worldwide “branding exercise” for the world’s largest religious congregation for a month.