JALANDHAR: The ED has issued summons for January 17 to Rana Inder Partap Singh, son of Punjab Power Minister Rana Gurjit Singh, in connection with raising of funds abroad by floating foreign shares, for one of the family-owned companies, allegedly without the mandatory permission of the RBI. 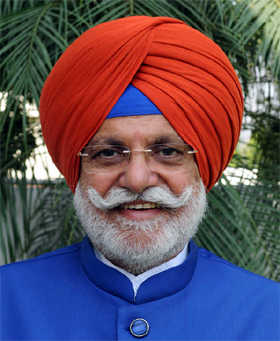 The Enforcement Directorate (ED) has issued summons for January 17 to Rana Inder Partap Singh, son of Punjab Power Minister Rana Gurjit Singh, in connection with raising of funds abroad to the tune of $18 million (around Rs 100 crore) by floating foreign shares, or GDRs (Global Depository Receipts), for one of the family-owned companies, Rana Sugars Ltd, allegedly without the mandatory permission of the Reserve Bank of India (RBI).

Inder Partap is the managing director of Rana Sugars, a Rana Group company founded in 1992 in collaboration with Punjab Agro Corporation, with its head office in Chandigarh.

The Central investigation agency suspects the funds may have been raised in violation of the Foreign Exchange Management Act, 1999 (FEMA). The ED also believes that the company extended its own guarantees for loans taken by foreign investors/entities from banks abroad for subscribing to its shares (GDRs) floated outside India.

The money raised by Rana Sugars was kept in a Portugal bank based in Madira Island for a while before being transferred to India. This was also “not reported” to the RBI or the Securities and Exchange Board of India (SEBI). The ED initiated its investigation into the matter after it was flagged by SEBI.

Responding to the ED’s queries, Rana Sugars submitted copies of audited balance-sheets from 2005-06 to 2007-08, along with details of GDRs issued by the company. In a letter to the ED, Inder Partap Singh contended that no permission was required as the GDRs were issued under the ‘automatic route’ in accordance with the “Issue of Foreign Currency Convertible Bonds and Ordinary Shares (Through Depositary Receipt Mechanism) Scheme, 1993” and the guidelines issued by the Department of Economic Affairs dated January 19, 2000.

However, not satisfied with the response, the ED issued summons to the Rana Sugars MD on January 2. Rana Gurjit Singh expressed ignorance, saying, “It is an old issue and has no basis, but Inder Partap can explain it better.”

The Tribune then contacted Inder Partap, who said he or his company had not indulged in any wrongdoing.

“We have not violated any law. We have been furnishing all requisite information to the RBI as well as the ED. The ED has now asked me to provide additional information in person. I will have no hesitation in submitting any information required. It is a government department like the Income Tax,” he added.

He said “confusion” had been created by people managing his company accounts, who had inadvertently mixed up the money received from their 2008-09 sugar exports and the proceeds of the GDR floated, in the account books. “It is a five-year-old issue. We have complied with each procedural requirement of all institutions concerned. Even subsequently we have been filing information to the ED as well as others whenever sought,” Inder Partap asserted.

He claimed no permission of the RBI was required for floating GDRs at that time. “After raising money from GDRs, we informed the RBI as per norms.” He expressed ignorance about money being kept in a bank in Madira Island. However, according to the ED preliminary investigation, the money was parked abroad before being transferred to India.