Justice Pritam to head panel on pollution in Sutlej, Beas 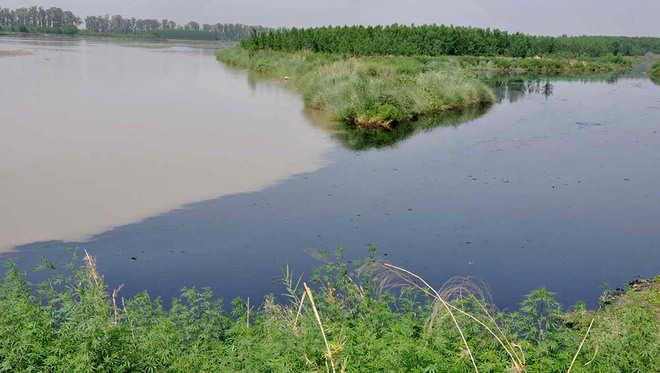 An order to this effect was passed by the National Green Tribunal on Thursday. A former Punjab and Haryana High Court judge and former Haryana Lokayukta Justice Pal had been appointed the Chairman of the Executing Committee monitoring pollution in the Ghaggar in September last year.

While the NGT had slapped a fine of Rs 50 crore on the state government for causing pollution in the Sutlej and Beas in November last year, after three months neither the amount had been paid nor there has been any decrease in the effluent discharge in the rivers.

Environmentalist Balbir Singh Seechewal is already a member of the same monitoring committee looking into the pollution of both the Punjab rivers. He said there was lack of seriousness in state’s nodal bodies, whose heads were also part of the monitoring committee, to abide by its recommendations.

The NGT said, “While directing the monitoring committee to continue its further deliberations and monitoring, we direct that the monitoring committee will now be headed by Justice Pritam Pal, former Judge of Punjab and Haryana High Court, who is also heading the committee for solid waste management and for rejuvenation of the Gaggar river. In addition, Shri Subodh Agarwal, former Chief Secretary of Punjab, will be a senior member. We suggest that the committee may seek, wherever viable, the guidance of Justice Kuldeep Singh, former Judge of the Supreme Court.”

Seechewal said, “The PPCB and municipal committee officials, who are parts of the committee, are themselves not ensuring cleanliness of rivers. In both the Sutlej and Beas rivers the effluent discharge has risen. They do not listen to our recommendations nor ensure the payment of requisite dues. The government is yet to pay the Rs 50-crore fine for polluting the rivers. Our recommendations are not taken seriously by the state authorities. We hope with the appointment of Justice Pritam Pal, there will be effective implementation of NGT guidelines.”