Superheroes, but for real

Stuff the films are made of &ndash; determination, grit, tenacity to sail through challenges and to emerge winners. 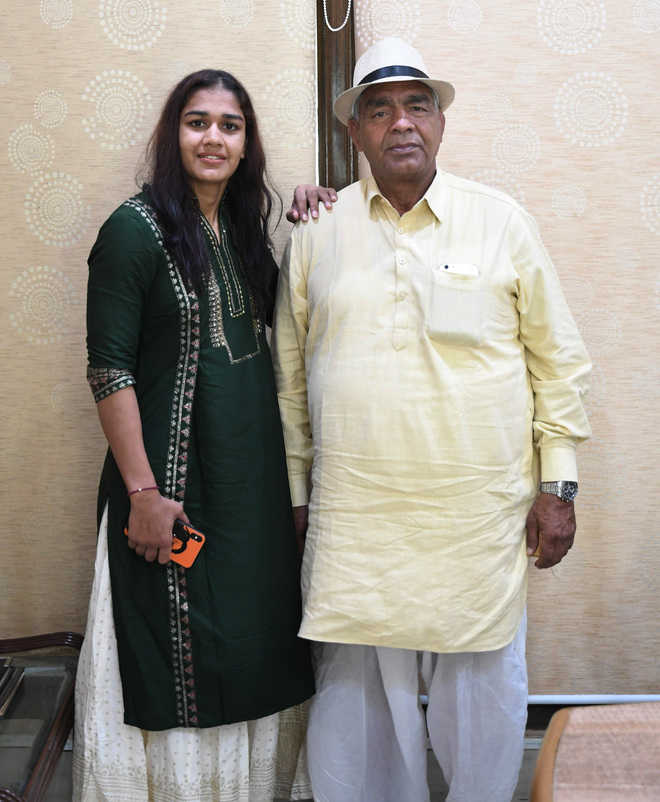 Stuff the films are made of – determination, grit, tenacity to sail through challenges and to emerge winners. With these virtues in place, the real stars have launched many a biopics.

Taking the inspiring stories from the world of sports and more, films brought legends like Milkha Singh, the Phogats, hockey players Sandeep Singh and Harjeet Singh to limelight while also taking their stories far and wide. While living is one, but sharing one’s journey for everyone to see on 70mm is quite another challenge. And once the movies see the light of the day at box office, do their real lives see a huge shift too?

Bhaag Milkha Bhaag recapitulated for us the journey of all that it took to be the ‘Flying Sikh’. With Farhan Akhtar in his shoes, literally, the film took Milkha Singh’s inspiring journey far and wide. How did the film change life? Says the nonagenarian with a ringing laugh, “Meri umar 10 saal hore vadh gayi, main taan tur jana si (10 years were added to my life or I would have gone by now).

At 92, the 1960 Olympic Games’ favourite, takes his role to inspire younger generation with utmost sincerity. “Sad that I cannot go to each function anymore for travel is now an issue, but my wife still doesn’t refuse anyone who seeks audience.” While some 200 letters make it to his door every single day and on his wife’s insistence, he walks up to the gate to meet all those who show up.

Never give up is what one sees in former captain of Indian hockey team Sandeep Singh’s life as shown in Soorma, played by Diljit Dosanjh. Post the biopic, he claims, life’s the same in many ways, “Khan peen, pahnan odhan, milna julna sab ohi hai.”  What he’s gained are new roles. He’s a motivational speaker now and been to the most prestigious universities around the world including Cambridge. Commercials, telly shows like Roadies also fell his way. “Before Soorma, nobody knew, nobody believed that it’s possible to make a comeback once the doctors have given up. People still ask if all the pain shown in the film is real, I tell them it’s not even 2 to 3 per cent of what I have gone through.” From being bedridden to playing the Olympics to breaking records, he motivated many a hearts. The Bigg Boss offer he is yet to take a call on but there is another huge announcement that he promises to make soon. As for hockey, he is not playing but giving back by training young ones in the sports academy that he has opened at Shahabad Markanda. “We started with 20 students and in four months have 165, we are state champions already.”

Not so lucky have been Harjeet Sing’s innings post Ammy Virk played the young hockey player who captained the unbeaten Indian team at Men’s Hockey Junior World Cup 2016 fetching gold. The stirring story shown in Harjeeta failed to fetch viewers  but won not one but two National Awards - Best Punjabi Film and Sameep Singh the Best Child Artiste. While Harjeet was considered to touch glory, sadly he couldn’t register a berth in neither National Team nor National Camp. The film was a diversion, he admitted and is currently playing for a Dutch club HGC.

“Life’s gone a complete makeover post Dangal,” admits wrestler Babita Kumari. While before the film, the Phogats were an inspiration in the sports world, post the mega hit, they are known worldwide. “We had to learn everything - right from how to speak to how to carry ourselves in public, because Dangal instantly got us worldwide fan following.” The film also earned the Phogat family a friend in Aamir Khan who played wrestler Mahavir Phogat. “Even after the film, our relations have only cemented, we go meet him whenever we feel like,” she smiles. Post the unprecedented success of the biopic, the Phogats feel their responsibility has only increased manifold.  “With so much love and appreciation, each of us wants to do the very best not only in sports but other walks of life too,” says Babita, the petite, tenacious girl who recently resigned from Police to join politics. “To do the very best for the nation remains a priority,” says Babita who, along with her sisters and their two cousins, still aims to get an Olympics medal.  Her father adds on, “I have been telling those around for a while now that I would ensure that my daughter becomes vidhayak aur mantri in the days to come.”