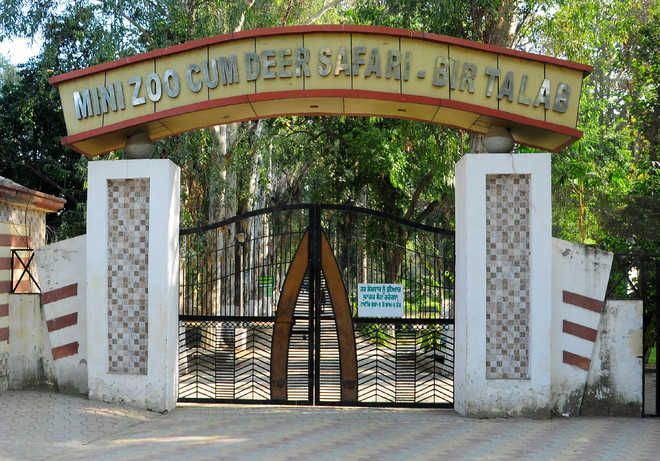 Three female deer, aged three to six months, are reported to have died within a short span at Bir Talab Zoo in Bathinda on Thursday.

As per information, the deer were in sound health and fainted all of a sudden at the safari situated inside the zoo. Prima facie, it appears the deer died due to the hot and humid conditions, said a zoo official.

Sultry conditions may be factor

It appears the deer died due to extreme humid conditions. The exact cause will be ascertained once post-mortem reports are received. Pawan Sridhar, forest range officer, bir talab zoo

Pawan Sridhar, Forest Range Officer, Bir Talab Zoo, said: “As per preliminary examination, it appears the deer died due to extreme humid conditions. The exact cause of death could not be ascertained and the carcasses have been sent to Guru Angad Dev Veterinary and Animal Sciences University, Ludhiana, for a post-mortem examination. Things will be clear once we get the reports.”

While the zoo authorities ruled the foot-and-mouth disease among the dead animals, there is fear of the deer being infected.

Sridhar said: “We have examined the animals and haven’t found any signs of the foot-and-mouth disease. The deer safari is closed for public in the wake of the pandemic, so there is little chance of spread of infection inside the premises. Moreover, the mating period is on and the deer can often be seen fighting.” There is a hospital inside the zoo but in the absence of a veterinary doctor, sick animals do not get timely treatment. The zoo, located on the outskirts of the city, has around 150 deer of four species.