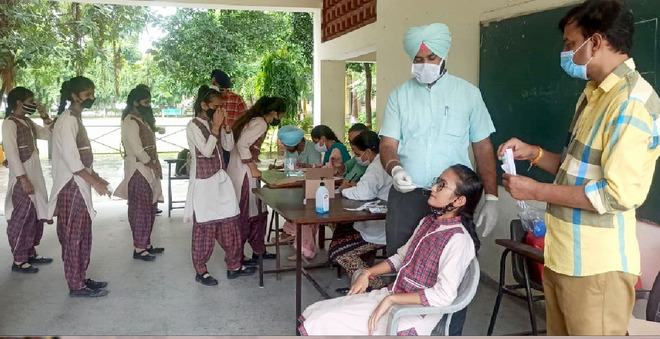 A health worker collects the swab sample of a student in Patiala.

In a sero survey conducted by the Health Department among kids aged between 2 and 17 years in July, it was revealed that antibodies were present in 50 per cent of children in Bathinda district.

This means 50 per cent of children were infected by Covid in the second wave and due to no symptoms, they were cured on their own.

Dr Ravikant Gupta, paediatrician, Civil Hospital, Bathinda, said the development of antibodies in the body was important in the fight against Covid. It could either be caused by vaccination or after a person has been infected with the virus. — TNS