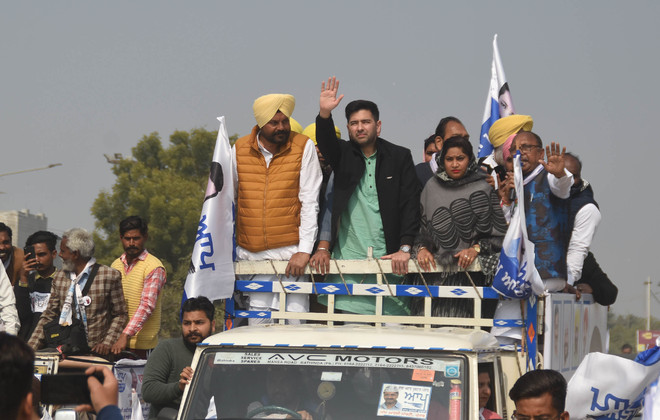 Aam Aadmi Party’s Delhi MLA and Punjab co-in charge Raghav Chadha today held a roadshow here and targeted the Badal family, including Manpreet Badal, for “betraying” the people of the state. He said the Badals had done nothing for Bathinda and this region, from where people had been constantly electing them to power.

He said: “It’s B for ‘Badal’ and B for ‘bedagark’ in Punjab, which they have done to the state and its people. According to the people, the SAD was equally responsible for dismantling the governance and establishing corporate houses in Punjab.”

He said the Badals had backstabbed the people of the state and they, along with their cronies, had filled their coffers by looting the property of the state.

“Even at this time, Harsimrat Badal, Bathinda MP and Cabinet minister in the Modi government till a few days ago, and Bathinda MLA and Finance Minister Manpreet Badal did not bring any new project for the district,” said Chadha. — TNS