Allege foul play behind his killing in Kolkata encounter 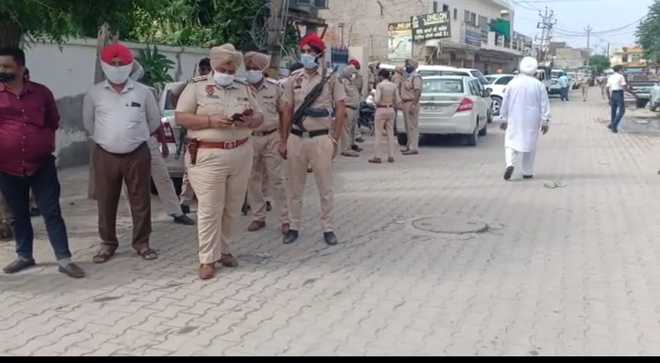 A heavy police deployment outside Jaipal’s house in Ferozepur.

Alleging foul play into the killing of gangster Jaipal Singh Bhullar, whose body was brought here last evening, his parents have refused to perform the last rites demanding another post-mortem to ascertain the facts.

Jaipal along with aide Jaspreet Singh was killed in an encounter with the STF of West Bengal Police in Kolkata on Wednesday afternoon.

Jaipal’s cremation was scheduled in the afternoon and his younger brother, Amritpal Singh, currently lodged in the Bathinda jail, was brought here amidst tight security for the last rights.

The DC asked Assistant Commissioner Ravinder Singh Arora to look into the matter. Later, SDM Amit Gupta along with senior police officials met the family at their house in Dashmesh Nagar and urged them to cremate the body today itself, but to no avail.

The SDM said they had made arrangements for cremation, but the family demanded an autopsy, which was beyond their authority as the encounter had taken place in Kolkata.

A heavy police deployment had been made around Jaipal’s house in the city. Earlier, the police reportedly nabbed a youth outside the locality and seized a pistol. SSP Bhagirath Singh Meena said they were looking into the matter. Sources said the family was planning to approach the HC to seek a second post-mortem.