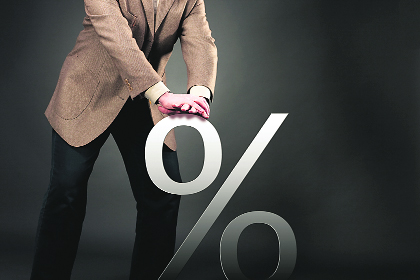 The economy contracted by 7.5 per cent in the second quarter (July-September) of 2020-21 as against a fall of 23.9 per cent during the stringent lockdown months of the first quarter (April to June), according to government data released on Thursday.

Recovery ignites optimism, but a cautious optimism. Sustainability of the recovery critically depends on keeping the pandemic in control. - Union Finance Ministry

We are certain this trend will continue. Private consumption is weak and increased govt spending will help the momentum for a more robust growth. - Chandrajit Banerjee, DG, CII

With the contraction in two successive quarters, India has entered a technical recession but the Union Finance Ministry feels the latest data, especially the high frequency indicators, suggest a recovery is underway.

The government, however, was not willing to commit that the fourth quarter could see positive growth after it was clear that the third quarter GDP growth will also be negative. “Recovery provides optimism but we urge caution about the pandemic. Winter months must warrant caution and safety protocols must be followed stringently as a service to the nation,’’ said the Ministry’s Chief Economic Adviser Krishnamurthy Subramanian.

In a break from the past, the government used six new indicators in a total of 23 to project -7.5 per cent GDP growth. These include data of rice and fish, purchase of private vehicles, passenger traffic at airports and Center’s revenue spending. There was V-shaped recovery in use-based industries in consumer goods, especially consumer durables, and investment, capital and infrastructure goods which suggest strong revival of both consumption and investment, which together account for about 90 per cent of India’s GDP, said the Finance Ministry.

The corporate sector seemed back on track in the second quarter after two quarters of contraction with its level of operating profits similar to that in September 2018, said Subramanian. However, bank credit rose by a little over 5.2 per cent and gross fixed capital formation remained in the negative territory.

The government also released the index of industrial production (IIP), which showed that core sector growth has remained in the negative zone at -13.0 per cent. In October, the decline was -2.5 per cent after raising hopes in September about returning to positive territory with a contraction of 0.1 per cent. On the positive side, steel production and consumption gathered momentum, signalling the revival of construction activity. Power consumption and e-way bills also registered double-digit growth in October, suggesting buoyancy in industrial and commercial activities

Analysts however point out that consumption remains low, industrial recovery is still weak and the traction seen in IIP growth lately is triggered largely by the festival demand, which was also pointed out on Wednesday by RBI Governor Shaktikanta Das.