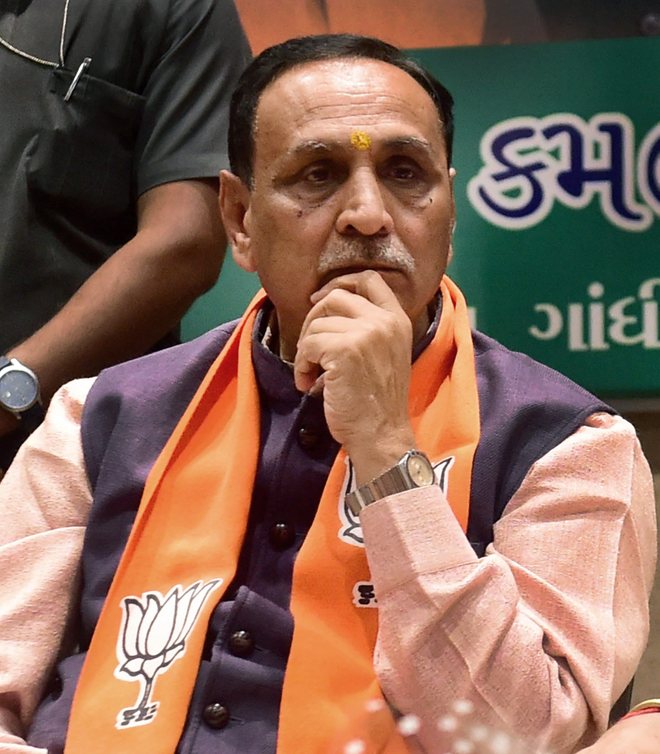 Chandigarh BJP in charge Vijay Rupani today asked the party leaders to apprise people of works of the UT Administration and the MC ahead of the 2024 Lok Sabha elections. - File photo

Chandigarh BJP in charge Vijay Rupani today asked the party leaders to apprise people of works of the UT Administration and the MC ahead of the 2024 Lok Sabha elections.

Rupani held a meeting of the State Working Committee of the party at the Sector 33 office, Kamalam. “Victory can be achieved in the 2024 elections only on the strength of Prime Minister Narendra Modi’s working style and hard work of BJP workers. Every worker should gear up from now to ensure the BJP’s victory in the 2024 poll.” State organisation general secretary Srinivasulu discussed organisational issues. He emphasised booth empowerment and instructed the leaders to appoint “Panna Pramukh” in all booths.

City BJP chief Arun Sood gave the details of party activities carried out from the executive meeting held in June 2022 to date. He also gave instructions regarding the upcoming programmes of the party. Mayor Anup Gupta briefed about the works and achievements of the BJP-ruled MC. Councillor Harpreet Kaur Babla informed about preparations for the G-20 meet.