3,000 vials of Remdesivir were seized by the Chandigarh police on Saturday f 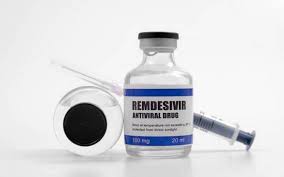 In a bid to enquire into the illegal manufacture of 3,000 vials of Remdesivir seized by the Chandigarh police on Saturday from Baddi-based Health Biotech Limited pharmaceutical unit, the State Drug Controller on Monday constituted a five-member panel headed by deputy drug controller(DDC).

They will inspect all records pertaining to the manufacture and export of the vaccine in the last ten months. "Though the records are examined routinely since violations like diversion of the vaccines meant for exports have been detected by the Chandigarh police, a thorough probe would bring out the extent of irregularities," informed Marwaha.

Notably, the unit director Gaurav Chawla is among six people arrested by the Chandigarh police on Saturday. Printed labels had been found pasted on the 3,000 vials by the unit staff. The government of India had banned the export of Redmesivir on April 11 given its shortage in the domestic markets. It is a key anti-viral vaccine for severely ill hospitalised Covid patients and was much in demand due to a surge in Covid cases.

Apart from this, assistant drug controllers of respective areas of Sirmaur and Baddi have also been directed to verify records of 5 other pharma units, including 2 at Baddi and 3 in Sirmaur district, who manufacture Remdesivir for exports.