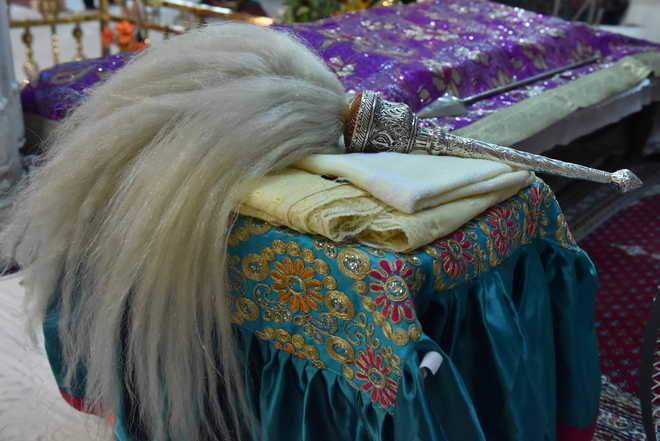 The SGPC has strongly condemned the baseless statements being made by some people regarding the land owned by Gurdwara Sri Amb Sahib at Sahibzada Ajit Singh Nagar (Mohali) under the management of the SGPC.

SGPC chief secretary Harjinder Singh Dhami said no land of the gurdwara was sold by the SGPC but it was acquired by GMADA. He said some people were trying to discredit the management of the SGPC and mislead the sangat. Gurdwara Sri Amb Sahib had about 24 acre land at Premgarh Saini Majra village, of which about 12 acres was acquired by GMADA in 2012-13. The compensation for this land was offered at Rs1.69 per acre and accordingly, it came out to Rs19.40 crore, approximately.

He said though the land acquisition was done as per law, the compensation amount was contested in Mohali court. “We contested that GMADA should have given us compensation to the tune of at least Rs5 crore per acre, which was the market price,” he said. He further clarified that the amount received by the gurdwara sahib for this land was used to buy another chunk of 59 acres at Bagrian village in Sangrur district, which was worth Rs14.30 crore. “The FDR of the remaining amount is still prevalent in the name of Gurdwara Sri Amb Sahib only,” he said. Advocate Harjinder Singh Dhami said: “In February 2019, GMADA acquired 5,500 acres at Saini Majra, Bakarpur, Patto and Seon villages. Here also, nearly nine acres of the remaining land belongs to Gurdwara Sri Amb Sahib. The GMADA has fixed the price of this land at Rs2.17 crore per acre. Apart from this, GMADA is also offering a land pooling scheme.”