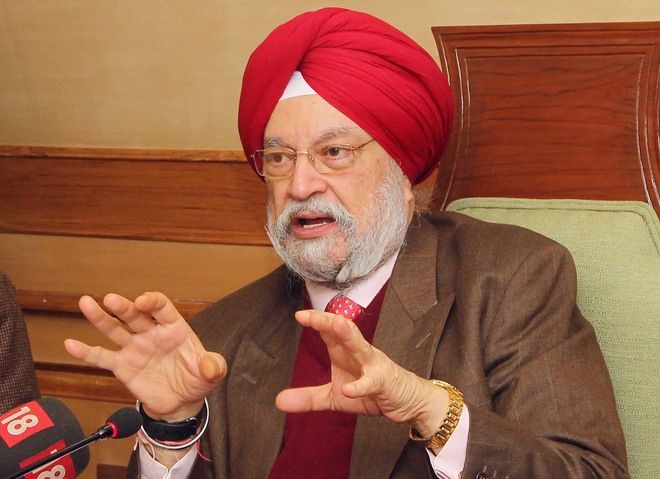 Union Housing, Urban Affairs and Petroleum and Natural Gas Minister Hardeep Singh Puri, while virtually participating in a blood donation camp organised on the occasion of birthday of BJP co-in charge Sanjay Tandon at the Ridge Maidan, here today, said more than 71 crore people had been vaccinated across the country.

Union Minister of State for Food Processing Industries and Jal Shakti Prahlad Singh Patel said some people only believed in politics but others played an effective role in social service. Those who stayed ahead in the field of social service became mass leaders.

As many as 25 units of blood was collected at the camp, conducted by the doctors of Deendayal Upadhyay Hospital. The camp was organised by the BJP in association with Competent Foundation and other social organisations.