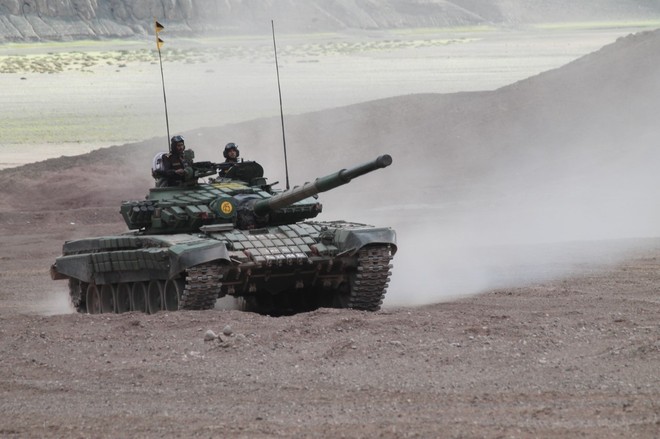 Even as a debate is raging about the implications of Indian Army tanks vacating the strategic heights south of the Pangong Tso in eastern Ladakh, the ground reality is that these tanks would be located at their home base, less than 20 km from the site being vacated now.

In August 2020, the Army had captured the Rinchen La and Rezang La heights overlooking the Moldo Garrison of the People’s Liberation Army (PLA) of China along the Line of Actual Control (LAC). The area comes under the Kailash range, and its ridgeline is considered as the alignment of the LAC. In October-November 1962, India and China had fought a pitched battle at the base of Rezang La.

Now as part of the disengagement agreement between India and China, the Indian Army and the PLA will vacate the positions occupied in the past nine months from the south and north bank of the Pangong Tso — a 135-km glacial lake.

The target is to eventually return to the pre-April 2020 positions. In case of India, tanks were positioned in Chushul before April, sources confirmed to The Tribune. The spot is less than 20 km from the Rezang La heights and since it’s a plateau, redeployment would not be an issue in case of a misadventure by the PLA.

During the pre-April deployment, Ladakh had some four regiments of tanks stationed across the terrain. Each regiment has 46 tanks.

As reported in these columns yesterday, Depsang will be crucial and will be addressed in the next phase. On Friday, the Ministry of Defence issued a statement to counter instances of what it termed as “wrongly understood information”.

“India has not ceded any territory as a result of this agreement,” said the ministry as it detailed the future of the disengagement process. “Outstanding problems (are) to be addressed, including those at Hot Springs, Gogra and Depsang. The outstanding issues are to be taken up within 48 hours of the completion of the Pangong Tso disengagement,” it said.

The LAC, as per the Indian perception, is at Finger 8, not at Finger 4 (mountain spurs descending onto the north bank of the Pangong are identified as fingers). “India has persistently maintained the right to patrol up to Finger 8 and has included it in the current understanding with China,” it said.

“The assertion that the Indian territory is up to Finger 4 is categorically false. The territory of India as depicted by its map includes more than 43,000 sq km which is under illegal occupation of China since 1962,” the Defence Ministry said.