Covid a fertile ground for scams 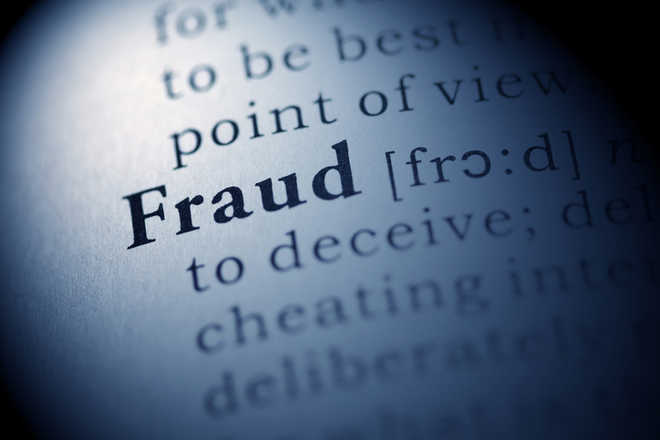 Even before Punjab could get to the bottom of the registration of fake construction workers to pocket Rs 3,000, which was being distributed among distressed workers last month, irregularities have marred the Ayushman Bharat Sehat Bima Yojana for the same set of workers involving Rs 750 each. The cheats — middlemen, labour and health officials et al — seem to have found novel ways to outsmart the system of linking the Aadhaar card of a beneficiary with the fund transfer to his/her bank account. It was touted as a foolproof shield against such misdeeds. Incidentally, it also led to the exposure of the fraud.

The Covid crisis has become a fertile ground for scamsters as they brazenly dig into schemes envisaged to deal with the health emergency and its emerging economic consequences. The fishy activities that have the unmistakable stamp of the complicity of officials/politicians and middlemen leave an unbearable stink. For, they reek of a criminal rip-off of those in most need of honest deals during a public health calamity: patients, healthcare staff and millions of poor workers reeling under the crippling financial blow wrecked by the lockdown. Unmoved by the plight of the sick or the poverty-stricken, the charlatans don’t seem to leave any opportunity of making money that this time of grave adversity has thrown their way. The substandard PPE kits of Punjab, the overpriced hand sanitisers and face masks scam of Himachal Pradesh that took the scalp of the state BJP chief, or the purchase of dysfunctional ventilators, all leave a whiff of illegitimate profiteering and underhand deals.

Even as citizens, moved by the plight of the Covid-hit, have been generously donating towards initiatives such as PM Cares, it is a pity that government funds are being usurped by some unscrupulous few. The swindlers must be brought to book and given exemplary punishment at the earliest. Quick dispensation of justice is the key to every legitimate person duly benefiting from government schemes and to checking further malpractices.