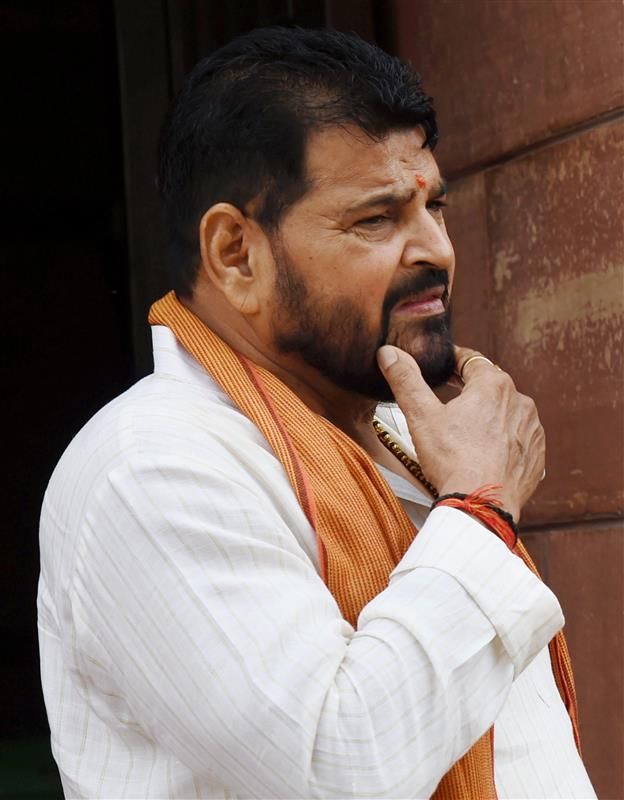 An ugly bout is playing out, not in the sporting arena but at Jantar Mantar in Delhi, and it calls for immediate and stringent action. Just like a wrestler is disqualified when she breaks the match rules, given the allegations of sexual misconduct against the Wrestling Federation of India (WFI) president Brij Bhushan Charan Singh, who is also a BJP MP, he must be made to step down from his powerful position pending the inquiry into the charges. That the wrestling community — from Olympic stars to aspiring grapplers — is up in arms over Brij Bhushan’s character and manner of functioning lends gravitas to the situation and calls for a police probe. Spearheaded by Commonwealth Games medallist Vinesh Phogat and Olympic medallists Bajrang Punia and Sakshi Malik, nearly 200 wrestlers have been demanding action against the federation chief and several coaches for sexually harassing many young women athletes at camps and running the game in a dictatorial way.

The veteran wrestlers have taken up cudgels for their younger counterparts who are too scared to take on the powerful MP who has been ruling the akhada as WFI chief for three consecutive terms. It is a courageous bid to clean up the management of wrestling — a sport that has been bringing glory to India with its rich haul of medals at global platforms.

The authorities must ensure Brij Bhushan’s ouster. For, it is not every day that one sees so many complainants coming out. The sad truth is that in a bid to achieve personal sporting glory, many sportspersons are forced to endure moral turpitude by those in control of things. Two recent exposes show how such perpetrators carry on with impunity for long before being called out. Last June, cycling coach RK Sharma was accused of sexually harassing a top female cyclist and threatening to derail her career. In 2021, the predatory behaviour of a Tamil Nadu sports academy coach, P Nagarajan, was revealed when after a teenaged athlete accused him of sexual misconduct from 2013 to 2020, seven more women who had trained under him during his three-decade career said they had undergone similar torment. Zero tolerance for such transgressions should be the norm.