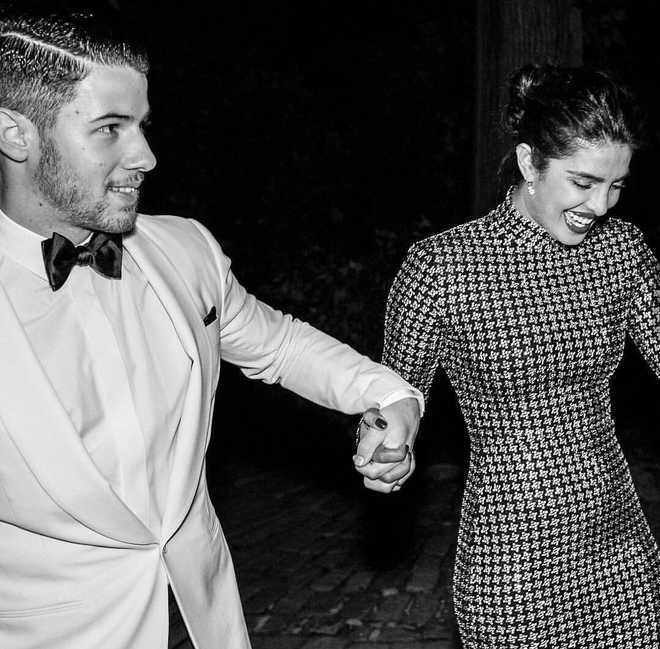 Global star Priyanka Chopra, who is busy promoting her recently released Netflix film 'The White Tiger', spilled the beans about starting a family with her husband and American singer Nick Jonas.

According to a digital interview given by the 'Fashion' star on E! News, Priyanka opened up about her recent statement of having as many children as it takes for a 'cricket team' and said, "Family is a big part of my life, it's always been a part of my dreams."

"And I'll take what I get, you know? Leave it up to the God almighty," she added.

The actor also expressed her happiness about the quality time she got to spend with Nick due to the coronavirus-induced lockdown. The two celebrated their second wedding anniversary in London where Priyanka was also shooting for her upcoming outing 'Text for You'.

Talking about her flick 'The White Tiger', which has received an overwhelming response, Priyanka told E! News, "I read this book, Victor, in 2008 when it came out and it was so provocative, and it moved me and it made me uncomfortable, because it, you know, talks about this class disparity that exists all over the world. It's extremely topical, unfortunately."

'The White Tiger' revolves around an ambitious yet cunning Indian driver played by Adarsh Gourav who uses his sharp-witted tricks to escape from poverty. It has been directed by Ramin Bahrani of 'Fahrenheit 451' and '99 Homes' fame and has been executive produced by Priyanka along with Emmy award-winning filmmaker Ava DuVernay. — ANI