‘Despite constraints, INS Vikrant and its aircraft played key part. It was my privilege to command White Tigers’

I was fortunate to be a part of 300 Squadron (comprising the Sea Hawk fighters) during the 1971 war, having been in command since January 1970 as a Lieutenant Commander. Initially, it seemed that the aircraft carrier INS Vikrant with her air squadrons would not see any action as both the ship and the aircraft were in a poor state of repair. Vikrant was non-operational with one of the four boilers requiring replacement, limiting the speed of the ship to 14 knots against the designed 24.5 knots.

Consequently, with no possibility of embarked flying, the frontline Sea Hawk squadron was allowed to run down. With no carrier to operate from, the squadron languished with scarcely any aircraft available for flying and with over 20 fresh pilots. In this situation, the squadron was ordered to move at the end of July 1971 to Madras with six aircraft for exercising with Vikrant, which had been sailed to the east coast to escape any attack in case of hostilities.

There was, however, an inevitable and genuine feeling of bonding with the mother-ship on board, with an accompanying sense of belonging. Motivation in the squadron was great all-round. Soon we broke all laid-down procedures and after a few rollers on the deck, we engaged the wire. Pilots were dropping their hook on ‘mother’ and honed their deck-landing skills.

It was conveyed to us that despite limitations in operating, Vikrant would form the nucleus of the Eastern Fleet in a potential war. Aircraft spares began arriving and with them the aircraft. The ships’movement was kept secret as it was appreciated that the adversary (submarine ‘Ghazi’) would be on the hunt for a juicy target. By mid-October, there were 18 Sea Hawks on board and intense training began.

Exercises included air-to-air interceptions, releasing of weapons on the splash target streamed by the carrier, pre-planned strike sorties against shore targets and recovery of aircraft from Carrier Controlled Approaches (CCA). Arrested landings and catapult launches in marginal conditions became the norm, with one inflexible rule: no landing on the deck with live ammunition.

Vikrant sailed on the midnight of December 3 when hostilities were declared, with Pakistan having attacked some Indian airfields in the north-west. The Sea Hawks provided the strike force by day, whilst the Alize could be used for reconnaissance duties day and night. Aerial bombing by the Alize on radar was also possible with limited success. It was intended to attack Cox Bazaar from 100 miles at first light. There was a three-hour delay as the escorting ships raised an alarm with a positive submarine contact on sonar.

At about 1000 hours, 14 armed Sea Hawks were ranged on the flight deck with four earmarked for air patrol against any possibility of in-coming enemy fighter, and 10 Sea Hawks were armed with 28 rockets (R/P), and four 20 mm cannon guns. Of these 10, eight Sea Hawks formed the strike force for Cox Bazaar. Transit was to be always at very low level skimming the sea to avoid detection. Complete R/T silence was observed. After the attack, the formation would proceed to the rendezvous point, whilst re-forming for the return flight to land on ‘mother’.

Six Sea Hawks were launched at 3 pm the same day at 90 miles with similar armament configuration. Two gun boats and river crafts were sunk. A third strike of 4 SHK successfully bombed Chittagong harbour, where a warehouse and three merchant ships adjacent were berthed alongside. These were set on fire by direct hits with eight 500-pound bombs — with the thick black smoke rising a few hundred feet becoming a landmark for Chittagong seen from 60 miles for three days!

The next day, attention shifted to attacking the river ports of Khulna, Changla and Mongla. The following day, despite marginal conditions, four Hawks armed with two 500-pound bombs attacked a large building in Chittagong city close to a civil hospital. It had been reported that it housed several Pakistani military personnel attending a meeting. Six bombs landed while one remained unexploded. Extensive damage was caused to the three-storey building. The adjacent hospital was left unscathed.

One challenging incident merits recall 50 years later. Whilst on a steep dive bombing attack (with two 500-pound bombs strapped) on Chittagong airfield installation, my aircraft was hit by ground fire, causing hydraulic failure at a speed of 420 knots. The flying controls of the Sea Hawk at this speed became heavy, making it difficult to maneuver the aircraft. The formation exited the scene after releasing their bombs on the target and then reducing the speed to 250 knots to transit back to the ‘mother-ship’, and I was the pilot with one unreleased 500-pound bomb.

It was a tense situation. The standard drill in peacetime in such an exigency is to land ashore as it can be dangerous for both the aircraft and more importantly, the ship to recover such an aircraft. Landing on board with an armed live 500-pound bomb could result in an explosion caused by the bomb’s inadvertent release on the deck with the jolt experienced on the arrested landing.

To his credit, Captain Swaraj Parkash (CO of Vikrant) took a calculated risk to permit the recovery with an armed bomb, rather than have me eject from the aircraft over the sea. I was the last to land after burning fuel to reduce the aircraft weight given the mild wind conditions. Those were long moments for me in the cockpit, but the gamble paid off. In violation of all rules, I hit the deck safely.

In all, about 300 strike sorties were flown by aircraft from Vikrant in 10 days. Eight Sea Hawks and a similar number of Alize were hit by ground fire. In retrospect, despite the many constraints, INS Vikrant and its aircraft played a crucial role in the liberation of Bangladesh. It was my privilege to command the White Tigers during this war. 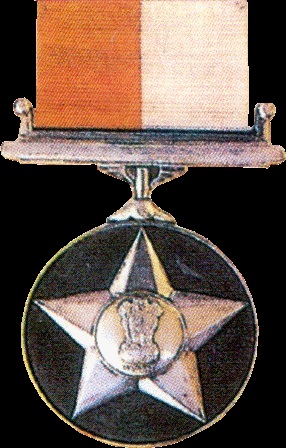 About Maha Vir Chakra and recipients

Established: A draft royal warrant was prepared in October 1948 for the institution of Maha Vir Chakra in the name of the British sovereign as, during the dominion period, such a step would have been necessary to give the award status within the Commonwealth. On further consideration, this course was abandoned and the medal was created and instituted by the President of India on January 26, 1950, with the award effective from August 15, 1947.

Eligible: Officers, men and women of all ranks of the Indian military, paramilitary and members of the nursing services of the Armed Forces.

Awarded: For conspicuous act of bravery or some daring or pre-eminent act of valour or self-sacrifice in the face of the enemy on land, at sea or in the air. The decoration may also be awarded posthumously.

Youngest recipient: Jemadar (later Colonel) Chewang Rinchen of Nubra Guards. He earned the MVC when he was just 17 years and 10 months old. He dared again and won the MVC the second time during the war with Pakistan in 1971.

Among 223 Maha Vir Chakra awardees till date, 76 bravehearts earned the coveted decoration during the war with Pakistan in 1971 on ground, at sea or in the air.