At 12, Nati Binodini took to theatre. At 23, she left, inspiring generations of artistes. Hundred years later, Aishwarya Rai is all set to play her in a film 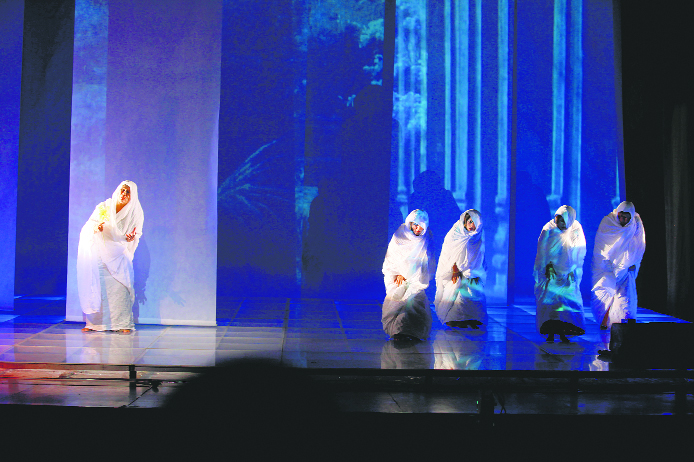 It was the turn of the century, and here was Binodini Dasi, trying to find her place in a society that abhorred her ilk. Born into a family of sex workers, she turned to theatre at the age of 12 and went on to make a name for herself. Her career was to be shortlived, a mere 11 years. At 23, she had sacrificed her art, and retired, becoming a mistress of the man who saved her theatre company. But not before she had set a glowing example for women in theatre and introduced modern makeup techniques for artistes. 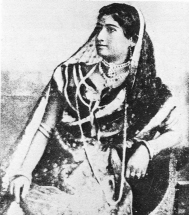 “Flower of native stage”, “Queen of Indian stage”... As Binodini’s popularity soared, the British bestowed several adjectives on her. Her own people, only prejudice. Time may not have been able to heal her wounds, but it did try to correct the wrongs. Many eulogies have hence followed. Binodini’s life (1863–1941) has been brought alive on stage, in jatras and urban theatres, films too. Filmmaker Pradeep Sarkar (of Parineeta fame) is the latest to announce a project on her with actor Aishwarya Rai Bachchan in the lead.

What is it about Binodini’s life that continues to inspire filmmakers and theatre directors, we ask Delhi-based Padma Shri awardee Bapi Bose, whose play — that cast Seema Biswas as Binodini — was the first to bring her life story to North Indian audiences. A graduate from National School of Drama, this was to mark his Hindi debut.

“I wanted to tell people about the woman who had sacrificed her life to save theatre at the cost of her body, her chastity,” says Bose. Nati Binodini, as she came to be known, was born in the red light area. She tried to work her way out, but the bhadralok, the enlightened Bengalis of the 19th century, weren’t welcoming. They just couldn’t bear an ‘impure’ woman playing goddess on stage. The men promised to marry her, but turned their back always. This was a time when women in public spaces, especially theatre, were looked down upon. This patriarchal politics ended her dream to have a theatre of her own and eventually her career. “A theatre was being built with her money and it was to be called B Theatre after her name, but a conspiracy was hatched to stop that from happening. People would not want to come to a theatre that is named after a prostitute, she was told, and it was called Star Theatre,” says Bose.

It is rare for a thespian to have a play on his/her life. The honour Binodini has is rare. One of the most talked about theatre productions on her life is by Amal Allana, former NSD chairperson. Often hailed as her best work, the play was staged in 2006.

Allana was researching Bengali and Indian theatre in the 1980s when she came across Nati Binodini’s autobiography, Amaar Katha (My Story). She knew she would bring Nati’s story to stage someday. It was to happen 15 years later. Allana told the story through five Binodinis from different stages of life. She wrote the script, devising the play with her actors, all stellar names — Salima Raza, Swaroopa Ghosh, Kusum Haidar, Sonam Kalra and Amita Ailawadi.

“My story pans out in front of her mentor, theatre stalwart Girish Ghosh, who brought her to theatre, and Ghosh’s character often participates in the play, with the Binodinis watching each other. A whole range of emotions are on display. There is one Binodini looking anxiously, another is amused looking at herself in another time, another setting,” she tells.

Allana says Binodini’s popularity can be gauged from that fact that her shows went full house, the roles spanning mythology and history. Her audience often included the great 19th-century saint Ramakrishna Paramahamsa, who blessed “the untouchable”, much to the irking of the bhadralok. What sets her apart, Bose says, is that she sacrificed her life at the cost of her body, her chastity, not for survival, but for theatre.

Mohali-based Anita Shabdeesh brought Binodini’s story to her Punjabi audience in 2013. “It was such a powerful character, I didn’t want to direct it, I just wanted to play Binodini. I spoke to many directors, asking them to helm the play. But somehow, nothing materialised and I ended up not just writing the script with Shabdeesh, my husband, but also directing it and acting in it.” Enacted in Punjabi, the setting was Bengali and so were the costumes. A few years later, when Anita happened to go to Kolkata, she made it a point to visit Star Theatre, the place that Binodini had built with her own sweat and blood. It is now named after Binodini.

Abandoned by her lover, the character in Anita’s story says, “Raja babu taan gaye, mera theatre taan bach jaye. Raja babu is gone, I just hope to save my theatre.” And that she did.