3,795 challaned for violating traffic norms in Yamunanagar : The Tribune India 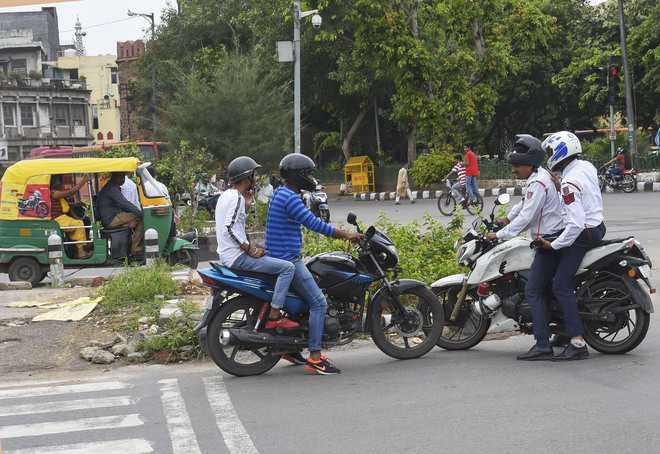 The traffic police in Yamunanagar district have issued 3,795 challans to owners of vehicles for violating traffic norms in September so far.

The traffic police recovered a fine of Rs 19,05,500 from the violators. “These 3,795 challans have been issued to those persons, who were found driving vehicles without helmet, driving licences and registration certificates (RCs) of vehicles and violating other traffic rules from September 1 to September 27,” said Chamkaur Singh, police spokesperson. He said on the directions of the Superintendent of Police, Mohit Handa, the traffic police were checking vehicles every day to nail traffic rule violators and contain criminal activities in the district.

Lokesh Rana, SHO, Traffic Police, said a checking drive was being carried out at all chowks in the twin cities of Yamunanagar and Jagadhri and other places in the district. Besides, the vehicles were being checked near schools and colleges, he added.