Says it will give rise to crony capitalism 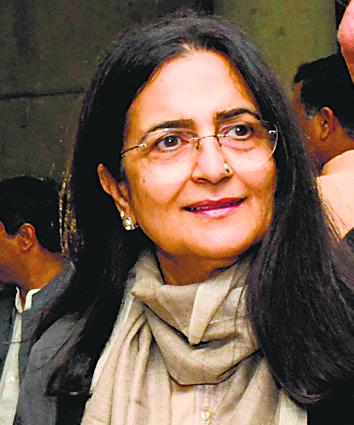 Terming the amendment to the Right to Fair Compensation and Transparency in Land Acquisition, Rehabilitation and Resettlement Bill 2021 as anti-farmer, anti-tenant and anti-poor, Congress MLA Kiran Choudhry said it would give rise to crony capitalism and goes against the essence of the 2013 Act, which was “benevolent” and took care of all stakeholders.

Addressing a press meet here on Saturday, Choudhry said she opposed the Haryana Amendment Bill-2021 on the Assembly floor but the treasury benches were adamant to pass it without taking the views of the Opposition. “This is a black law since it is anti-farmer and pro-corporate. In keeping with the withdrawal of the three black farm laws this, too, should be repealed.”

“The Haryana Amendment Act gives draconian powers to the Collector to announce awards without visiting the site or getting houses on acquired property vacated without 48-hour notice and throw the irrigated multi-cropped lands open to acquisition by the corporate.”

Stating that the Bill wasn’t among those passed and then tabled on the House floor, she said the government must repeal it to save itself from embarrassment. “It should be withdrawn or brought back into the Assembly for discussion again.” — TNS

In last 8 years, I have not done any such work that will make people hang their heads in shame, PM Modi says in Gujarat

We served the country’s poor through various schemes and tri...