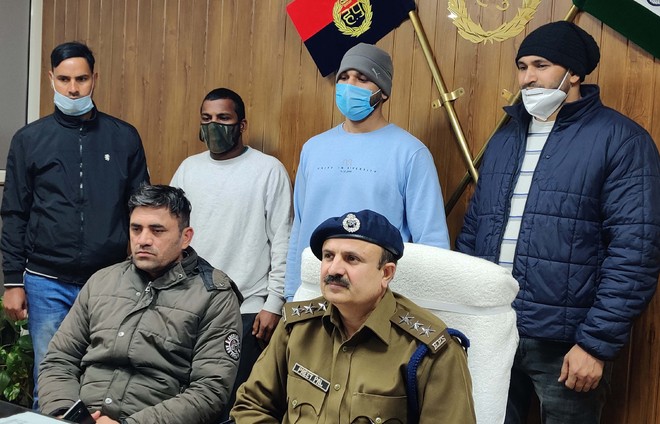 Aakash Yadav and his aide in police custody at Gurugram.

The Gurugram police have nabbed gangster Aakash Yadav along with one of his aides, in connection with the shootout at Bamdoli village on November 15. The gang kingpin is wanted for many heinous crimes.

On a tip-off, the Palam Vihar police team nabbed both accused from the Dwarka Expressway on Monday night. Aakash Yadav, a resident of Bamdoli village, was carrying a reward of Rs 25,000 on his head. The other accused has been identified as Jasveer of Amargarh Narvana in Jind district.

On November 15 last year, panic gripped Bamdoli village after two local groups clashed with each other leading to open firing. Over 20 rounds were allegedly fired by Aakash’s gang. Three men, including a former sarpanch, were critically injured and a dozen others were hurt in the clash. Eleven accused were nabbed earlier.