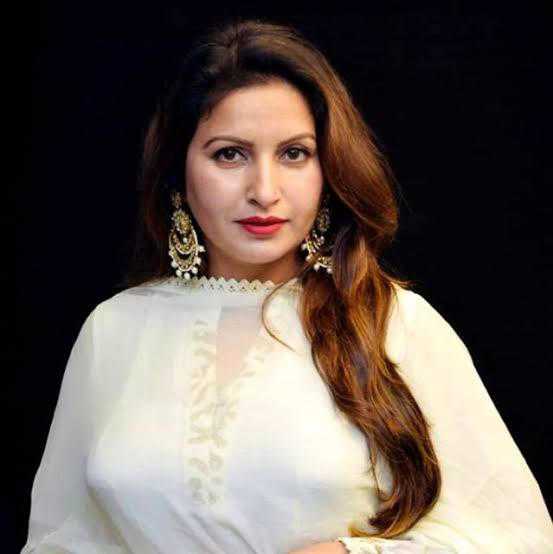 BJP leader Sonali Phogat has been booked for rioting, obstructing public servant in discharge of duty and other charges on the complaint of an agricultural market committee in Hisar who accused her of slapping and hitting him with a slipper.

A case has also been registered against Market Committee Secretary Sultan Singh whom Phogat has accused of making indecent remarks against her.

A video clip purportedly showing the Hisar BJP leader beating a district's agricultural market committee official with a slipper after accusing him of having made some indecent remarks against her had gone viral on social media on Friday.

In the video, the 40-year-old ruling party leader from Adampur in Hisar, also a Tik-Tok star, is seen first slapping marketing committee secretary Sultan Singh and then hitting him with her slipper in full public view.

Singh later lodged a complaint with police against Phogat, denying making any indecent remarks against her and accused her of beating him up under a "misconception" that he had opposed her during the assembly elections.

Sultan Singh has been booked under IPC sections 354 (assault or criminal force to woman with intent to outrage her modesty) and 509 (act with the intent to insult the modesty of a woman). Both cases were registered in Sadar Police Station Hisar, Punia said.

On Saturday, the employees of market committees in Hisar, Hansi, Barwala, Uklana, Balsamand, Adampur of the district staged a dharna in their places protesting the beating of Singh. They demanded that Phogat be arrested of Sonali Phogat and submitted a memorandum to the administration.

Youth Congress workers also staged a dharna at Parijat Chowk here and demanded the arrest Phogat and her supporters who were involved in the beating of Hisar Market Committee Secretary Sultan Singh.

In Hansi, market committee employees wore black badges to work and later submitted a memorandum to the chief minister through the sub-divisional magistrate demanding action against the BJP leader.

Phogat had told mediapersons in Hisar on Friday that she had gone to meet the market committee officials on Friday to air some grievance of farmers.

She said when an official was showing her a place in the Balsamand area of Hisar district where a shed for farmers was to come up, he began making "indecent and derogatory remarks against her".

She had claimed the official also made some comments against another woman official of the market committee and a woman minister of Haryana.

Phogat had unsuccessfully contested the 2019 Assembly Polls from Adampur in Hisar district, a seat which was retained by senior Congress leader Kuldeep Bishnoi, who is the younger son of former chief minister Bhajan Lal. PTI