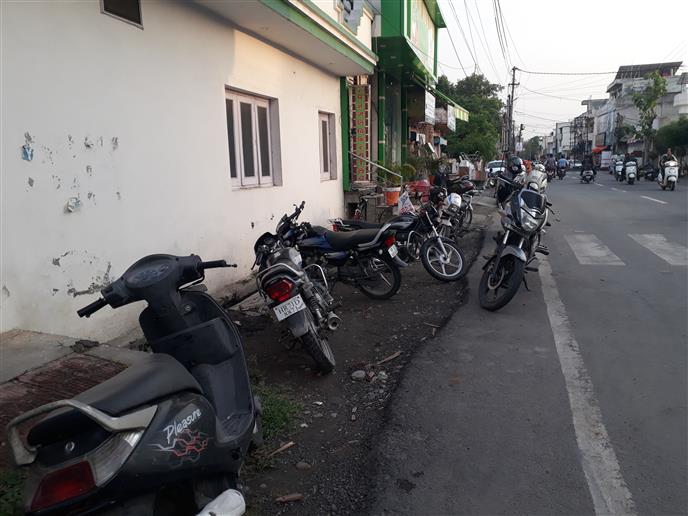 People are forced to park their vehicles on roads as there is no parking arrangement in the buildings of banks, restaurants, hotels and hospitals in the twin cities of Yamunanagar and Jagadhri. Several people park their vehicles haphazardly on the congested roads, causing traffic jams and inconvenience to commuters. Therefore, the Municipal Corporation authorities and the traffic police should solve this problem at the earliest. Vishnu Sharma, Jagadhri

Public parks of Sector 5, Karnal, are crowded with stray cattle. Entrances of the parks are ill- maintained and dogs and cattle freely enter there. These litter the pathways with dung. Local safai karamcharis show no interest in cleaning the place. The district administration should strictly instruct the Class IV employees to clean these regularly. Dr Puja Waalia Mann, Karna

While the state government is eagerly taking measures to contain the spread of lumpy skin disease (LSD), pigs here are also suffering from African swine fever, which has resulted in the death of thousands of pigs. This has caused huge losses to those involved in pig farming. Families involved in pig farming are also not aware of animal insurance. The government must also take steps to make them aware so that they can avail benefits.