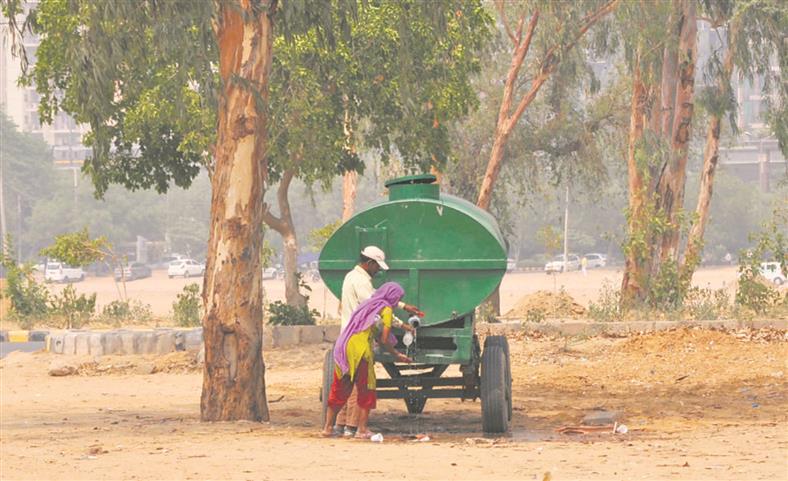 The “tanker mafia” lords over the city in the summer months while low pressure and dirty water in certain pockets ails the water supply even in the winter season despite adequate availability of water through the year.

The main grouse of residents is that no infrastructure augmentation has taken place despite an increase in the number of families residing in sectors, stretching the existing services and infrastructure.

“The number of families in my sector has gone up from 2,000 to nearly 8,000 in the past 10 years. The fastest growth in numbers has been in the past two years with the government allowing construction of four floors. We are now at the mercy of tankers for water supply in the summer. The tanker mafia charges anything between Rs 1,000 and Rs 1,500 per tanker, but residents have no choice since the tankers provided by the administration are not enough to cater to the needs of all. Also, the poor infrastructure leads to breakdowns even in the winter and we are forced to rely on tankers,” explains Raj Kumar Yadav of the Residents Welfare Association (RWA), Sector 46. This is among the biggest sectors of the city.

Residents of Sector 45 claim they also face a similar situation, adding that improper maintenance impacts water supply and complaints to the MC go unattended even as they are forced to turn to tankers for the supply. In Sector 9-A, residents face a problem of low pressure. “The infrastructure has not been upgraded to deal with the increased population. The pipelines are old and were laid to cater to just two floors, not four,” maintains Dinesh Vashisth, president of the Sector 3, 5 and 6 RWA.

“We are at present breaking even and new projects will ensure there is no shortage of water in the city,” explains a Gurugram Metropolitan Development Authority official.