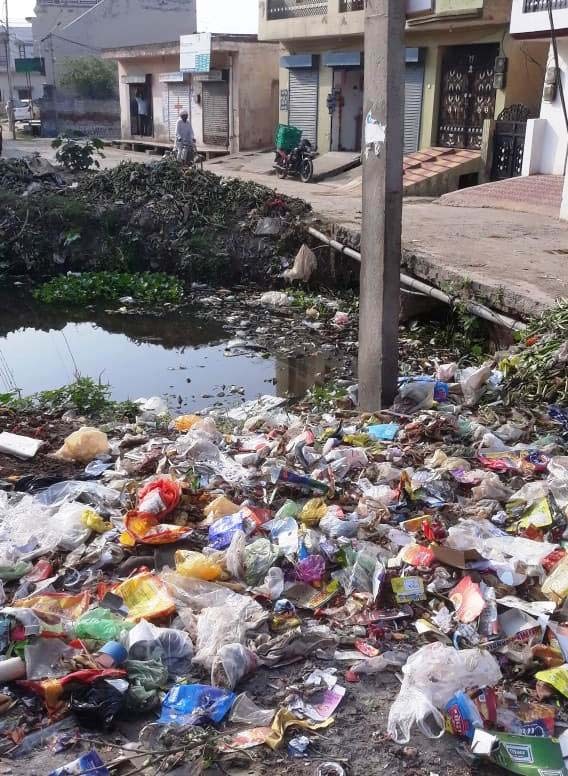 On the outer road of Boh village, Ambala Cantt, one is greeted by heaps of garbage, cow dung and a nullah choked with stinking water. To add to it are freely roaming cattle and stray dogs. How can people stay in such unhygienic conditions? The authorities need to take note of it. The drainage system should be cleaned regularly to avoid water stagnation in low-lying areas.

Garbage not picked up regularly in Karnal

The Municipal Corporation has made arrangements to collect dry and wet waste from the city, but it is not known why it is not being picked up regularly from many places. Garbage is not being picked up from Kanhaiya City of Sector 2, Karnal, for the past several days, due to which garbage has accumulated in people's homes. The municipal administration should pay attention to this and ensure that garbage is picked up daily from the houses of the people to maintain cleanliness in the city.

Encroachments on street roads in Jaggi Garden, Naraingarh road, Ambala City, cause a lot of inconvenience to commuters. They are growing vegetables in public space and fenced off by angle iron rods. The public must be given ample space for crossing two vehicles. The municipal authorities are also ignoring the issue and do not take action against the encroachers. All illegal constructions should be demolished immediately.

This 'uncovered' electricity connection provided on a streetlight pole (close to the storm water station) in Sector 8, Panchkula, remains a potent threat. The electricity department should do the needful lest someone should fall prey to it.