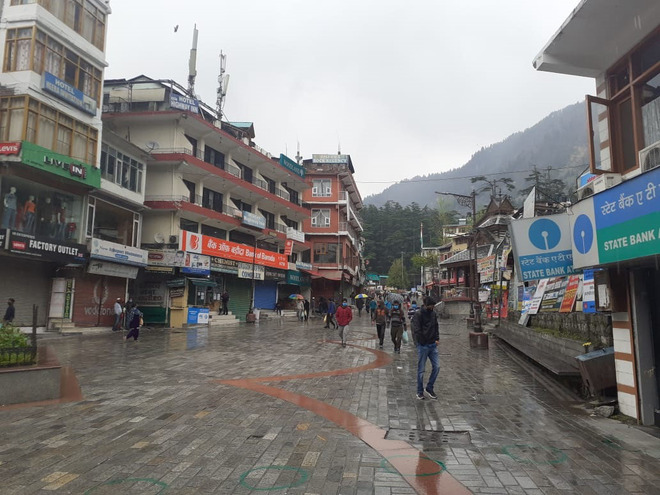 A case was registered against five persons of UP who tried to enter by misinforming about purpose of their visit.

The tourists have started arriving at the borders of Kullu district since the borders of the state have been thrown open with certain conditions since July 4.

A case under Section 188 of the IPC and Section 51 of the National Disaster Management Act was registered against Lila Devi of Banigran village as she embarked on the Shrikhand trek route from Nirmand on June 29 and 30 without prior permission of the administration.

Kullu SP Gaurav Singh said 70 tourists, who had come from other states within the past three days, were sent back from the barriers at borders of the district. He said that they did not have the requisite documents. He said that the visitors had come mostly from Punjab, Haryana, Chandigarh, Rajasthan, Telangana and Uttar Pradesh.

A case was registered against five persons of UP who tried to enter by misinforming about purpose of their visit. He said no tourists had been allowed to enter the district so far.

What is required from tourists?
Tourists having a hotel booking of not less than five days and having a Covid-negative report from the ICMR-approved lab, not older than 72 hours, were allowed to enter the state. However, some tourists tried to enter the state without the documents.

The hotels in the district remained shut from March 24. The Kullu-Manali Hoteliers’ Association had decided not to resume hotel operations till September. The administration had not yet permitted the public to visit various tourist spots of the district. Some of the beneficiaries of tourism industry said tourists having the requisite documents should be allowed to enter.