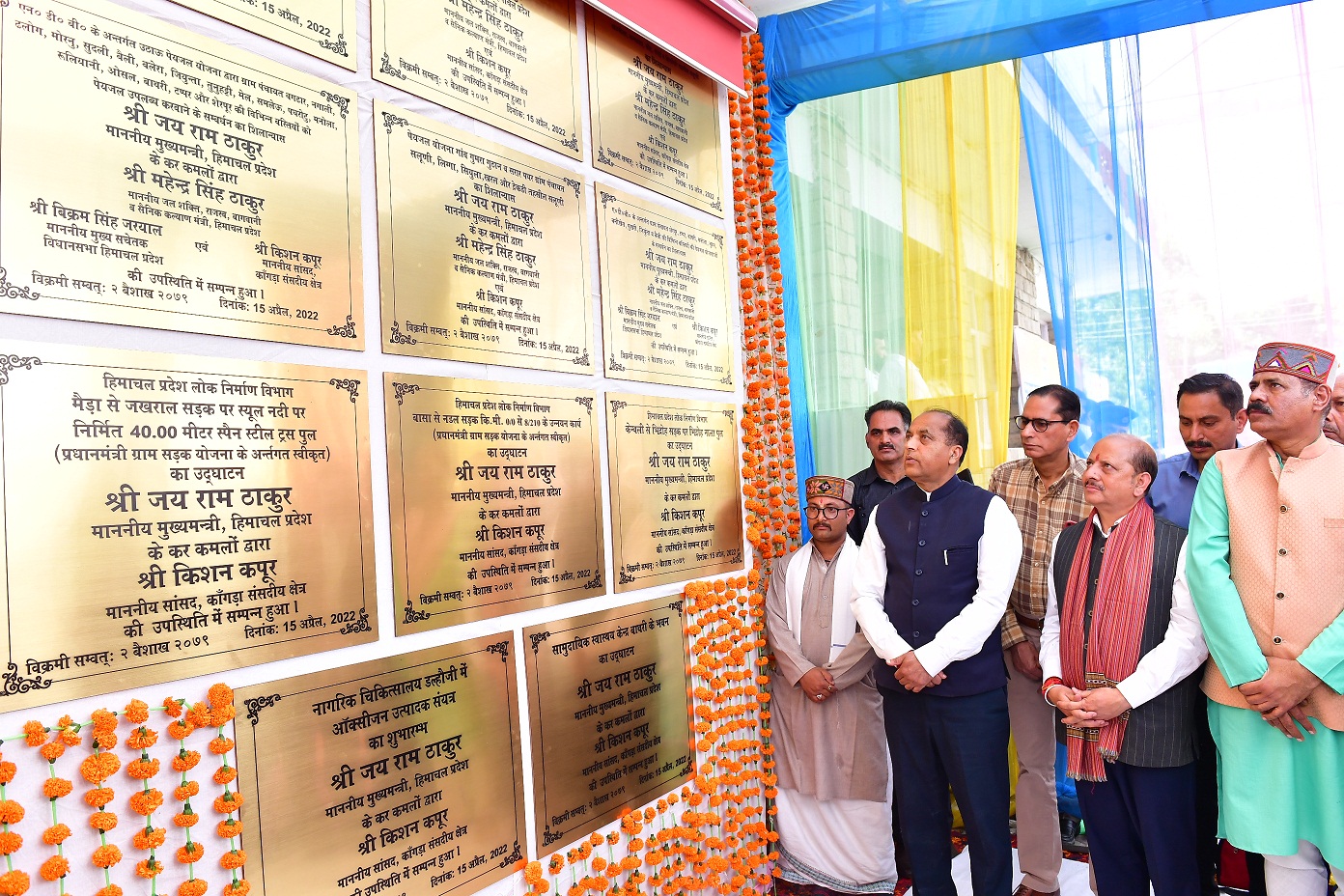 Thakur, while addressing a public meeting here, announced the opening of an Atal Adarsh Vidyalaya at Lachori, health sub-centres at Tappar, Naddakl, Kilor and Labana Dera, and a PHC at Bhalera village. He also announced the upgrade of government primary schools at Lakhar Mandi and Adwash to middle schools, government high schools at Kukhri and Sarar to senior secondary schools, and government middle schools at Pryungl, Jhodqa and Sakrora to high schools, starting of science classes at Government Senior Secondary School at Bhandal, and opening of a primary school at Kaloh.

The Chief Minister said that the Jal Shakti Department was executing works costing Rs 304 crore in the Dalhousie constituency, and his government had provided over Rs 240 crore.