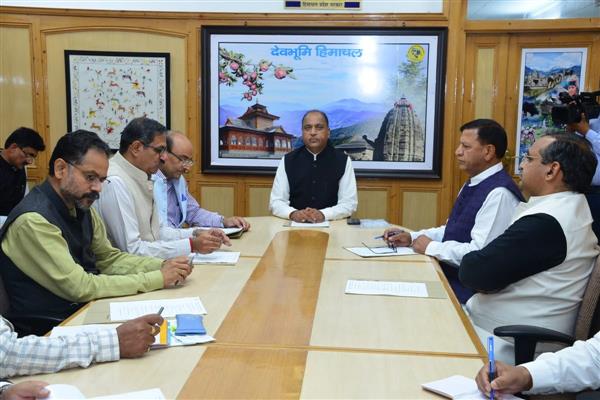 CM Jai Ram Thakur presides over a meeting of the high-powered committee in Shimla on Saturday. Tribune photo

Chief Minister Jai Ram Thakur today presided over a meeting of the high-powered committee called to deliberate on 75 events to be organised to celebrate 75 years of existence of Himachal Pradesh.

He said that he and various Union ministers would preside over the events. “The message must be clear that everyone in the state has made his contribution to the development and progress of the state in the past 75 years. The celebrations must not be only ceremonial but every person of the state should be involved,” he added. A special event would be held to honour the achievers in different fields.