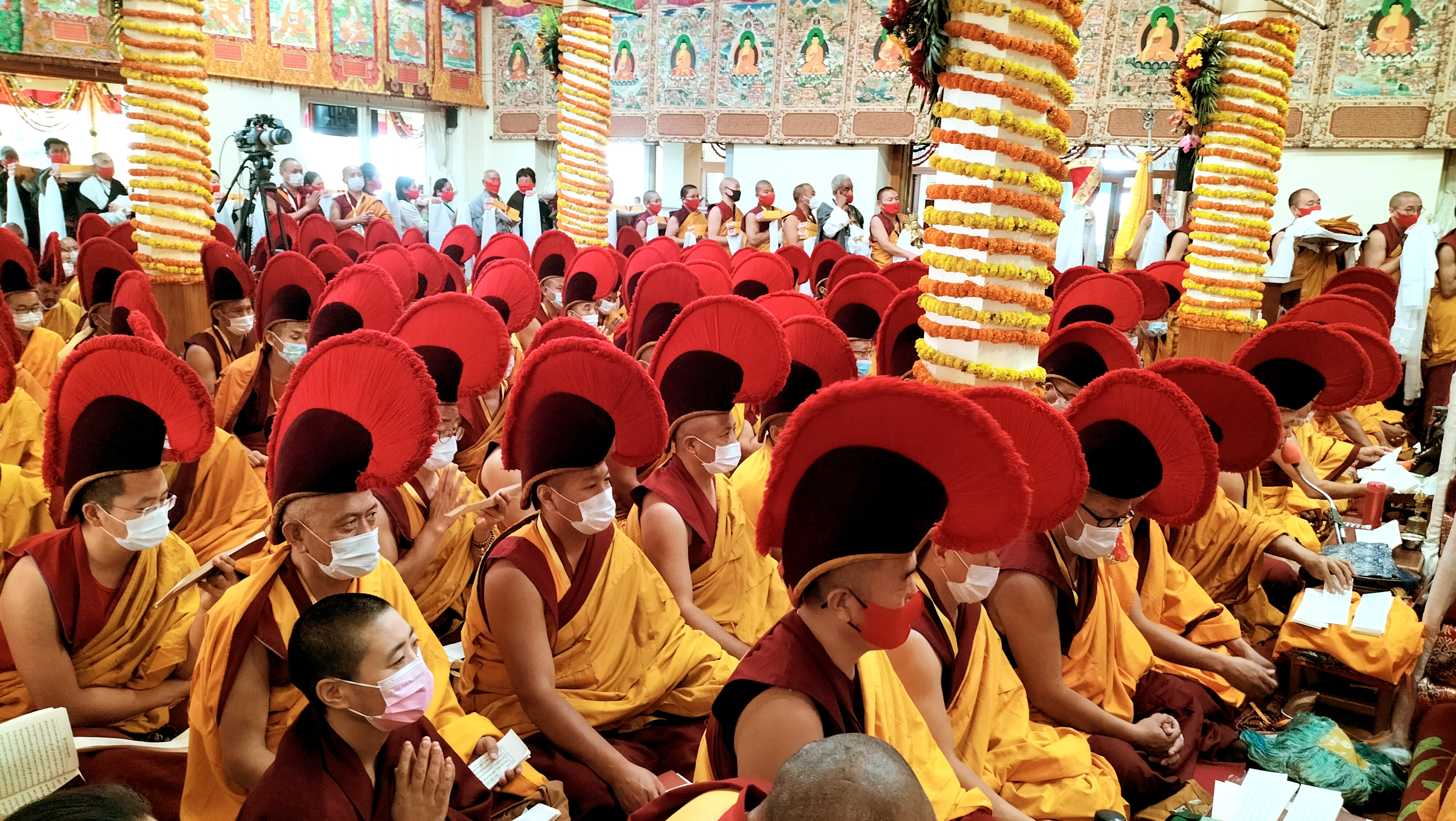 Members of the Sakya Tradition of Tibetan Buddhism today organised a long-life offering to the Dalai Lama at the Tsuglagkhang, main Tibetan temple in Dharamsala.

Members of the Sakya Tradition of Tibetan Buddhism today organised a long-life offering to the Dalai Lama at the Tsuglagkhang, main Tibetan temple in Dharamsala. The hierarchs of both palaces, Dolma Phodrang and Phuntsok Phodrang, headed by Sakya Dagtri Rinpoché, led the ceremonies.

Sakya Dagtri Rinpoché greeted the Dalai Lama and the two were welcomed by a group of dancing drummers. The Dalai Lama waved to members of the public and rode the recently installed lift up to the temple veranda.

After the Dalai Lama was seated on the throne, Sakya Lamas offered scarves in welcome and the ceremony began. Tea and sweet rice were distributed while the congregation recited the mantra of White Tara.

After the text of the long-life prayer had been recited, statues of the deities of longevity, White Tara, Amitayus and Ushnishavijaya, were presented to the Dalai Lama. Sakya Dagtri Rinpoché then offered him a bowl full of long-life pills. The Dalai Lama took one for himself and gave another back to Sakya Dagtri Rinpoché, a process he repeated when he was given a spoonful of long-life nectar.