Twelve civilians, including members of minority community, have been killed by militants this month 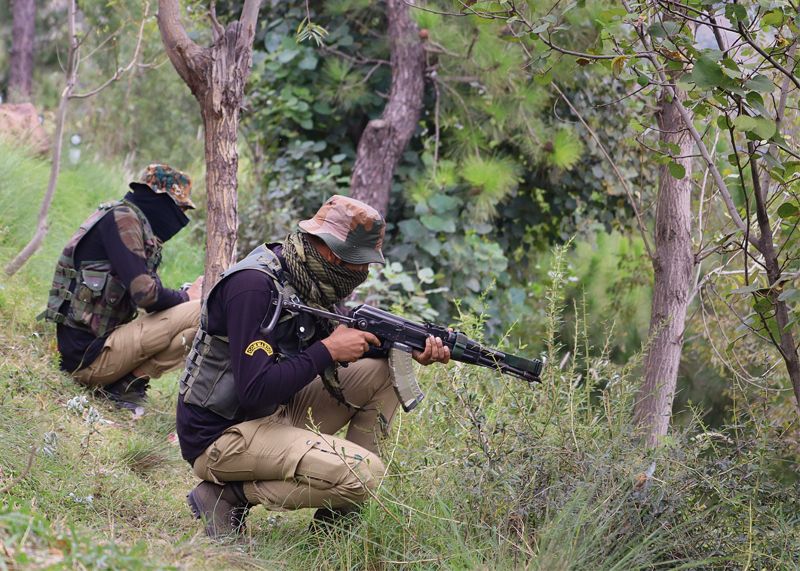 Terrorists on Sunday shot dead two more non-local labourers and injured another in Kulgam district of south Kashmir, prompting the IGP (Kashmir) to direct the police to move all non-resident labourers in the Valley to the nearest security camps.

The militants entered the rented accommodation of the labourers and fired indiscriminately.

This was the third attack on non-local workers in less than 24 hours and the latest in a series of shootings targeting civilians in recent weeks. A street vendor from Bihar and a carpenter from Uttar Pradesh were shot dead by ultras on Saturday evening. In a message flashed to the 10 districts in the Valley, IGP (Kashmir) Vijay Kumar said: “All non-local labourers in your respective jurisdiction should be brought to the nearest police or central paramilitary force or Army establishment just now.”

Will hunt them down

We’ll hunt down terrorists, sympathisers and avenge every drop of innocent civilians’ blood.

Sources said the SOS was sent out following Intelligence reports which warned of militants targeting sites in the Valley with a large number of labourers from outside, including fruit and vegetable mandis.

The J&K Police have strengthened the grid mechanism along with central armed forces to make such places more secure. “Since they are choosing soft targets, we are trying to get them under the security blanket so as to avoid more such killings. We are also trying to increase area dominance operations in areas which have a high density of non-local population,’’ said an officer.

Twelve civilians, including members of the minority community, have been killed by militants this month.

Amid the killings, Jammu and Kashmir Lieutenant-Governor Manoj Sinha vowed to avenge every drop of blood by hunting down terrorists and their sympathisers. He said attempts were being made to disrupt peace. “I pay my heartfelt tributes to the martyr civilians and condolences to the bereaved families. We’ll hunt down terrorists, their sympathisers and avenge every drop of innocent civilians’ blood,” he said on a radio programme. BJP state spokesman Altaf Thakur called the killings as “nothing but pure genocide”.