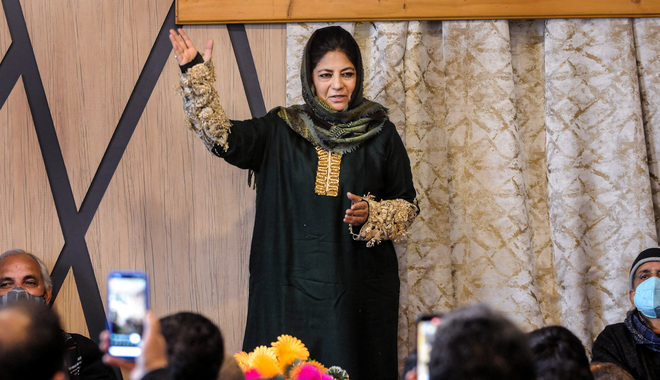 Former J&K CM Mehbooba Mufti was on Monday unanimously re-elected as president of the PDP for a three-year term. Mufti’s name was proposed by senior leader Ghulam Nabi Lone Hanjura and seconded by Khurshid Alam, a party spokesperson said after the election.

Senior PDP leader Abdul Rehman Veeri was the chairman of party election board, he said. The spokesperson said the party’s electoral college in Jammu had earlier unanimously re-elected Mufti as party chief. Senior leader Surinder Chaudhary was the returning officer for the election.

Talking to reporters, Mufti said Jammu and Kashmir was going through tough times and that she would continue to lead the PDP on the mission for which it was established. — PTI