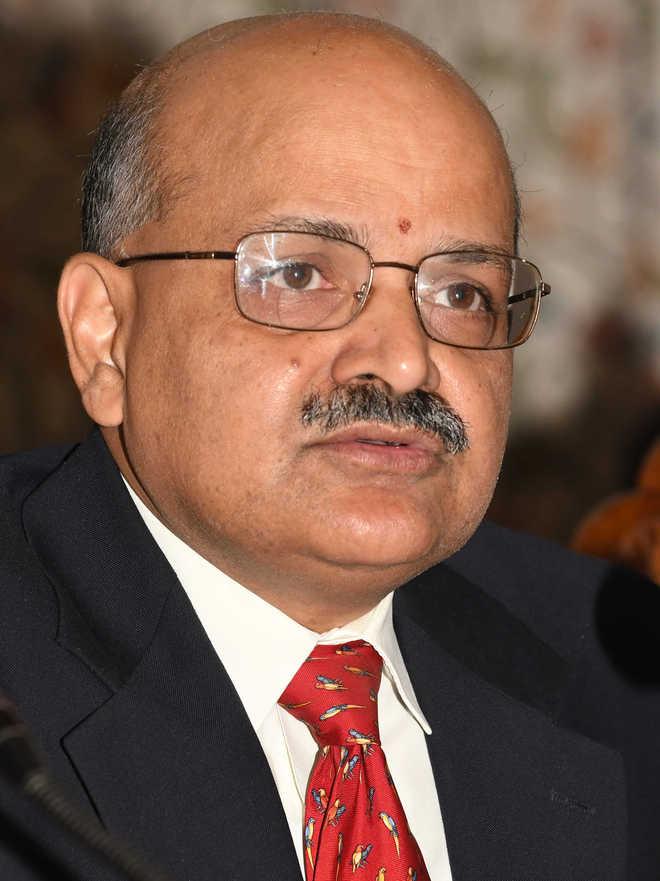 Political parties have hit out at Jammu and Kashmir Chief Secretary BVR Subrahmanyam for his remark that “not a single soul cried” over the detention of mainstream political leaders after the abrogation of J&K’s special status last year.

The National Conference said the language used by the Chief Secretary was exactly similar to what the BJP was saying.

The officer seems to have forgotten about service conduct rules which warrant serving officers not to talk about issues pertaining to politics. — Ghulam Hassan Mir, JKAP Leader

“The language used by the Chief Secretary while hurling allegations against mainstream political parties is exactly similar to what the BJP is saying. If he is so keen to be a politician, I would suggest that he quit his job and join politics. With the kind of comments he has made on the J&K’s situation post-Aug 5, the veiled political affiliations of J&K’s top bureaucrats have finally come forth before people,” party’s spokesperson Imran Nabi Dar said.

Subrahmanyam, a 1987-batch IAS officer, had said that Jammu and Kashmir was a “broken state” and there was “no system” in place due to years of misgovernance, corruption and “unbelievable levels of fraud”.

“Therefore, not a single soul had cried over the detention of political and separatist leaders in August last year, when the Centre announced its decision to revoke Jammu and Kashmir’s special status under Article 370 of the Constitution,” a PTI report said while quoting the Chief Secretary.

“Sad state of affairs when a top bureaucrat no less than Chief Secretary takes pride in dismantling & discrediting mainstream in #Kashmir and brags about @PMOIndia @narendramodi backing,” the PDP tweeted.

The PDP hit out at the officer and claimed that he had “come here with a colonial mindset and being the chief executioner of the RSS in Kashmir.”

A PDP spokesman said through such utterances on issues beyond his remit the said public servant was “merely hiding his incompetence and shrugging of accountability for his mandated work”.

“Why are leaders under the PSA if no one sheds a tear for them?” the PDP asked the Chief Secretary.

The Jammu and Kashmir Apni Party (JKAP) senior leader Ghulam Hassan Mir said, “The officer seems to have forgotten about service conduct rules which warrant serving officers not to talk about issues pertaining to politics.”