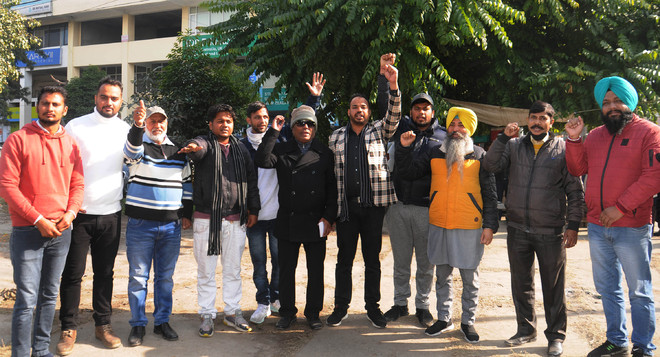 SC students are hopeful that the Post-Matric Scholarship Scheme will be implemented after the elevation of Charanjit Singh Channi as the CM. file

With a few months left for the Assembly elections in the state, the appointment of Charanjit Singh Channi, a Dalit Sikh leader, as Chief Minister, is being seen as a game-changer in Punjab politics. After the resignation of Capt Amarinder Singh, the development is also considered as a counter to the SAD-BSP alliance.

However, after Channi’s oath-taking ceremony on Monday, the SC/ST student leaders, who have been fighting for the rights of Dalits and students enrolled under the SC/ST category, hailed Channi for being elected as the leader of the Congress Legislature Party (CLP) in the state. Navdeep Dakoha, district president, Students’ Sangharsh Morcha, said after the announcement of Charanjit Channi as the new CM, we are hopeful that our demands would be fulfilled.

“We are glad that for the first time, any Dalit person is ruling the state as the Chief Minister. Even as the Dalits constitute over 30 per cent of the state population, we never had a Dalit CM. Hence, we believe that Channi would fulfill the promisesd made by Capt Amarinder Singh. And if he fails to meet our expectations, we would not hesitate about launching bigger protests against him. Earlier, even after holding the position of a Cabinet minister, he did not do much for the well-being of SC/ST students.

Even he did not talk about the Post Matric Scholarship Scheme, Ghar-Ghar Rozgar, backlog of pending jobs and reforms in education. Therefore, we want the new CM to do something concrete in these matters and implement the 85th Amendment Act for reservations to Dalits,” added Dakoha.

Similarly, Varjit Kaur, leader of the Punjab Students’ Union (PSU), said, “Some people are expressing satisfaction and happiness over the appointment of a new Chief Minister. Undoubtedly, we also have the same feelings, but we cannot ignore the fact that the President of our country is also a Dalit and what he has done for the Dalit community? So, expecting that a Dalit CM will solve all the problems of the community is a big delusion. In 2014, the Congress government passed a Bill in the Vidhan Sabha to provide free education to all girls, but never implemented it.”

Meanwhile, BSP general secretary Balwinder Kumar said he had little expectations from the new CM. We do not expect him to take any structural reforms. The Congress has taken the decision to just introduce a Dalit face, parallel to the BSP-SAD alliance.