Reach for the stars, so if you fall you land on a cloud... sang rapper Kanye West. His presidential bid tweet has netizens hilariously engaged and entertained 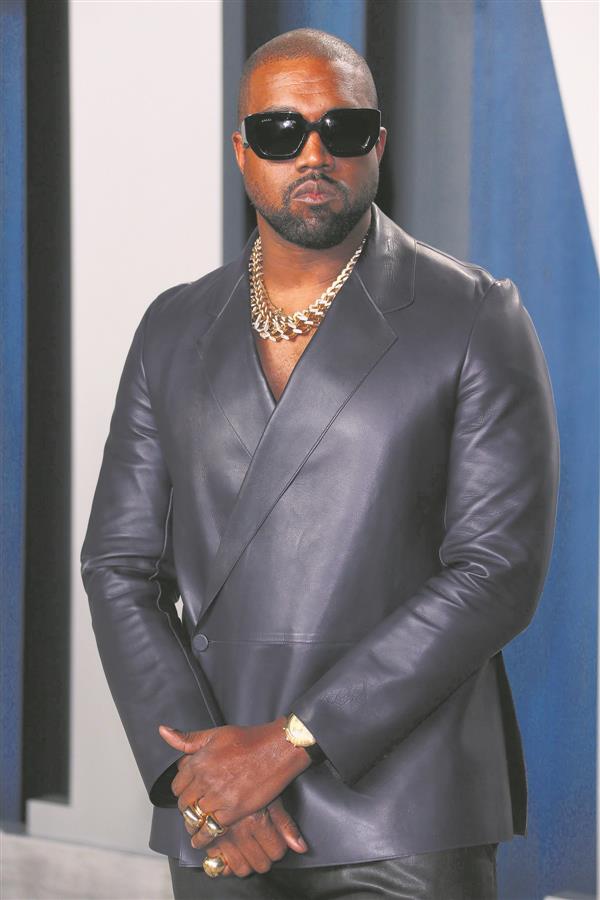 apper Kanye West as president of the US? The question has sent political analysts as well as meme-makers into frenzy! One tweet that garnered support of Kanye’s famous wife Kim Kardashian and Tesla giant Elon Musk has made #Kanyeforpresident trend. While most dismiss the claim as another publicity gimmick, it’s not the first time that Kanye has revealed his political ambitions. Back in 2015, at MTV Video Music Awards, Kanye showed his intent to take part in presidential elections in 2020, but in January 2019 he had tweeted about delaying his plans to 2024!

Rapper Kanye West and current US president Donald Trump have shared great camaraderie till very recently. The fellowship was for all to see in October 2018, as Kanye infamously displayed a red hat with Trump’s refrain ‘Make America Great Again’. However, the ‘Black Lives Matter’ movement seemingly led to a rift. A staunch supporter of the movement, Kanye has pledged $ 2 million to the families of George Floyd and two more who died in recent clashes. Trump has labelled this movement as a ‘symbol of hate’.

According to political pundits, if Kanye’s presidential bid is taken seriously and he fights independently, it’s going to bite into Joe Biden’s black support, which will eventually help Trump. With one of the most significant elections in the history of America just about four months away, many tout Kanye’s move as a bid not at presidency but publicity for a new album. It still remains unclear if Kanye is even registered to make his political claims.

Not a new phenomenon

Celebrities turning to political lanes hasn’t been a new phenomenon. Right from Arnold Schwarzenegger to our very own Babul Supriyo have ridden on their massive popularity wave to seek political gains. Hollywood’s ‘the Gipper’ Ronald Reagan became the 40th president of the United States and enjoyed two terms at the White House.

The Terminator-fame Arnold Schwarzenegger enjoyed two terms as the Governor of California. Kal Penn, the American actor with Gujarati roots, was active in Barack Obama’s administration, where he served as an associate director in the White House Office of Public Engagement.

Real estate mogul Donald Trump has had a successful stint as show host with The Apprentice and The Celebrity Apprentice before donning the president’s hat. District Attorney on the show Law & Order Fred Thompson became a Senator from Tennessee after making a failed presidential bid. Shirley Temple, who won Hollywood as a child actor, ran unsuccessfully for Congress, but later served as US ambassador to Ghana and Czechoslovakia.

Meanwhile, Twitterati had a blast making memes about Kanye’s latest move. From ‘waiting for namaste Kanye event at Ahmedabad 2024’ to ‘keeping up with Kardashians the White House edition’, meme-makers had a field day. Hilton heiress Paris Hilton and actor-director Bob Saget threw in their claim too. Hilton tweeted ‘Paris for president’, with her fans supporting ‘make America hot again’ refrain!

Taking a dig at Kardashian to launch her very own ‘First Lady’ make-up range to requests by ‘Swifties’ for a popstar to fight Kanye, there is a lot on the web. Lawyer and author Meena Harris jumped in with ‘Taylor Swift for president’ tweet. “Taylor Swift will defeat Kanye West and become the first female president of the United States,” read a tweet from @ppredictors. “If Kanye gets elected as president, I want Taylor Swift to gatecrash his first speech and say something like, ‘Yo Kanye, I’m happy for you, imma let you finish but I think Beyonce deserves to be president instead’,” posted another Twitter user.