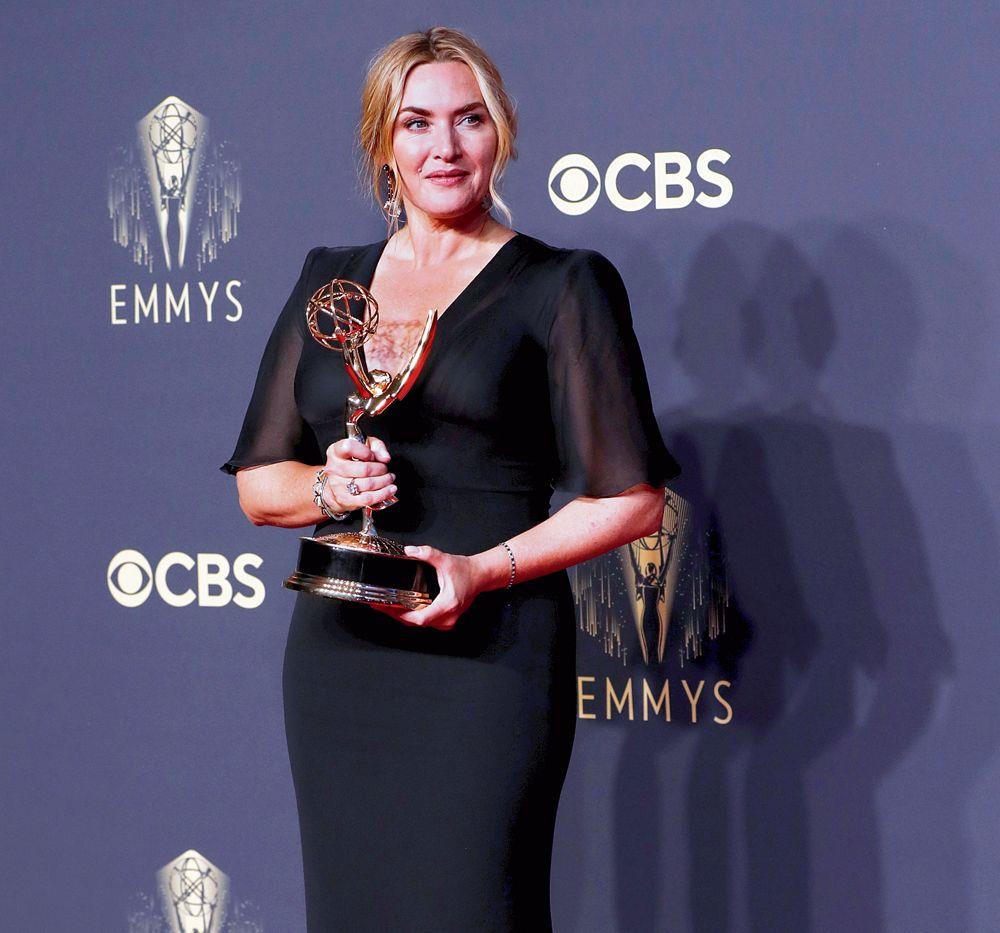 Kate Winslet with the award for Outstanding Lead Actress in a Limited or Anthology Series or Movie for Mare Of Easttown.

After a virtual event last year, the 2021 ceremony was held in downtown Los Angeles outdoors at LA Live entertainment complex and was broadcast in a live telecast on CBS and on Paramount+. Cedric the Entertainer hosted the show that ran for over three hours.

The Crown also claimed trophies for writing and directing honours in a drama series for Peter Morgan & Co and swept the entire acting awards in the category with wins for Gillian Anderson (supporting actress), Tobias Menzies (supporting actor) and Josh O’Connor (best actor).

For playing the eponymous character of Ted Lasso, Sudeikis won the Emmy for outstanding lead actor in a comedy series. The show, which has been renewed for a third season, was also named the outstanding comedy series. Hannah Waddingham and Brett Goldstein brought laurels to Ted Lasso in the supporting acting categories in the comedy series segment.

Mare of Easttown, a police procedural crime drama, picked up three Emmys for its actors, including series lead Winslet in the outstanding lead actress in a limited series or movie. She last won an Emmy for 2011’s Mildred Pierce, another HBO show in which she starred in the title role. Julianne Nicholson, who plays Mare’s best friend in the show, was named the outstanding supporting actress in a limited series or movie.

No diversity THIS TIME

No actor of colour won an award at the 73rd Primetime Emmy Awards despite a diverse nomination field. Black performers had a strong showing at the Creative Arts ceremony. But on Sunday night nominees of colour failed to win most categories, including all six acting fields. IANS

Kerry Washington paid a tribute to The Wire actor and Lovecraft Country star Michael K. Williams while presenting the supporting actor in a drama series category award. Washington called Williams a “brilliantly talented actor and a generous human being, who has left us far too soon.” Nominated in the supporting actor in a drama category for his role as Montrose Freeman in HBO’s Lovecraft Country, the actor was considered the frontrunner before his death earlier this month at age 54. IANS