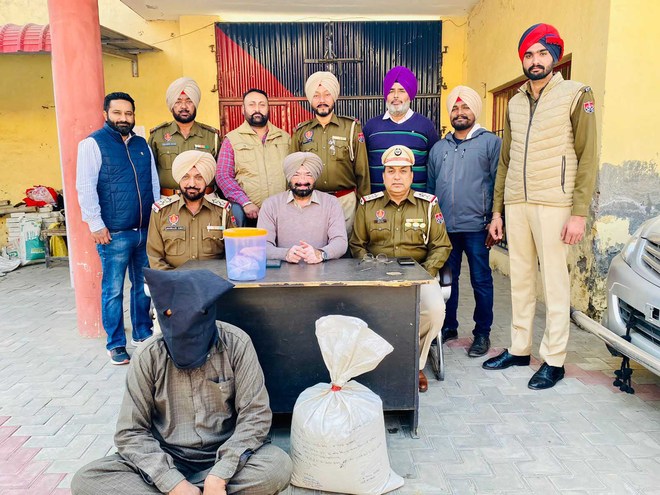 A drug smuggler in the CIA custody in Ludhiana on Friday.

The CIA wing of the Ludhiana rural police nabbed two smugglers in separate cases and recovered a huge quantity of poppy husk and opium from them.

In-charge, CIA, Inspector Prem Singh Bhangu in a press conference stated that acting on secret information, a naka was laid at Malak village, where scooter-borne Joginder Singh of Ferozepur was stopped and 1 kg of opium was recovered from him. A case under the NDPS Act was registered against him today.

The CIA Inspector said Joginder Singh was on the way to deliver the consignment of opium to his clients.