209 test positive for virus on Thursday, 403 placed under home quarantine 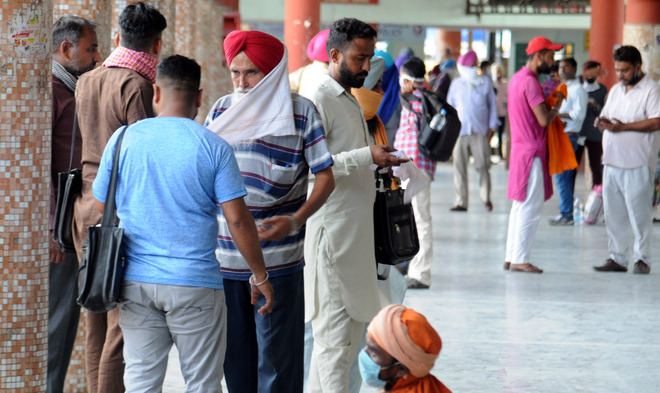 Those who tested positive for Covid include 78 cases reported from OPDs, 18 policemen, nine pregnant women and eight healthcare workers. Today, 403 persons were placed under home quarantine.

Deputy Commissioner Varinder Sharma said in this pandemic situation, all needed to work together. “This is the time when doctors need to act upon the Hippocratic Oath they take at the beginning of their profession. This is the time we have to serve the nation,” he said.

The DC appealed to all doctors of the district to come forward in these testing times. He said Dr KK Talwar, a former PGI head who is 74 years old, was working day and night and the same is the case with Dr Raj Bahadur, VC of Baba Farid University of Health Sciences, Faridkot.

Sharma said: "This is the time we need to follow the example of Dr Dwarkanath Kotnis who was a member of the five-member medical mission sent to China by India during the Japanese aggression 1937-38. Within two years, Dr Mukherjee, Dr Cholekar and Dr Atal came back due to health and other reasons. Dr Kotnis stayed in China. He died there on December 9, 1942 at the age of only 32 years. People worship Dr Kotnis in China and all doctors need to follow the example set by him."

High drama was witnessed at the Civil Hospital after the report of a pregnant woman came positive at the hospital and later the family claimed the test report of her sample given at a private lab came negative. Sarabhjot Singh, a relative of the woman, said the hospital had asked her to get her Covid test done, and her report came positive. “She was quarantined at the Civil Hospital. Before that we got a test done at a private lab as well, the report of which came negative,” he said. The family staged a dharna at the hospital and later, the woman was allowed to home-quarantine herself.